The Baltimore Pen Show was last weekend, here's my recap of the two days that I attended. Part one is here.

After spending pretty much my entire budget on Friday, I wasn't sure what I would do at the show on Saturday, but I still wanted to go back. Over the evening, I sat down and wrote a few letters with my new Franklin-Christoph 45 both to get a feel for how it wrote, as well as to make sure that it didn't need any work on Saturday while it was still easy to get it worked on. It didn't need any work, but it did make me really want a full bottle of the Urushi Red that my pen had been eyedroppered with. Once that purchase was made, I had plenty of time to kill.

Saturday was more crowded, for sure, but it was still a really bearable crowd. Again, my frame of reference is only one of the biggest pen shows in the world and this show, but even still, I never felt crushed by the crowds the way I have at security conferences or other sorts of shows. 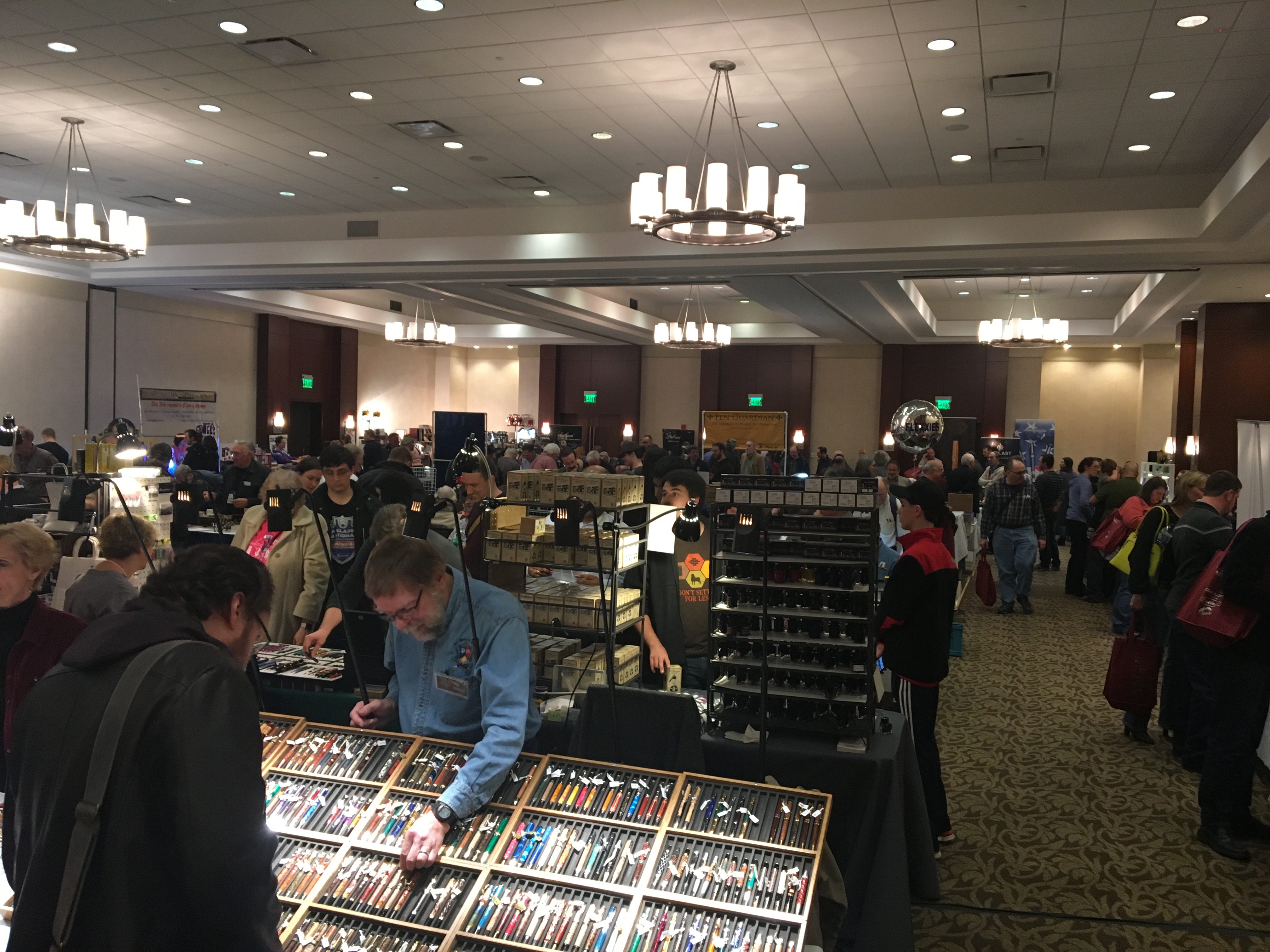 I had seen that Susan Wirth was having a free seminar titled "How Writing with (some) Fountain Pens Can Change Your Life", so I wanted to make sure that I made it to that seminar on Saturday morning, and I'm glad I did. Susan has a wealth of knowledge about fountain pens, inks, nibs and nib grinds, and her seminar was a great place to soak up that knowledge. Susan has a fantastic energy about her, and it made for a very fun seminar mostly focused around italic nib grinds. 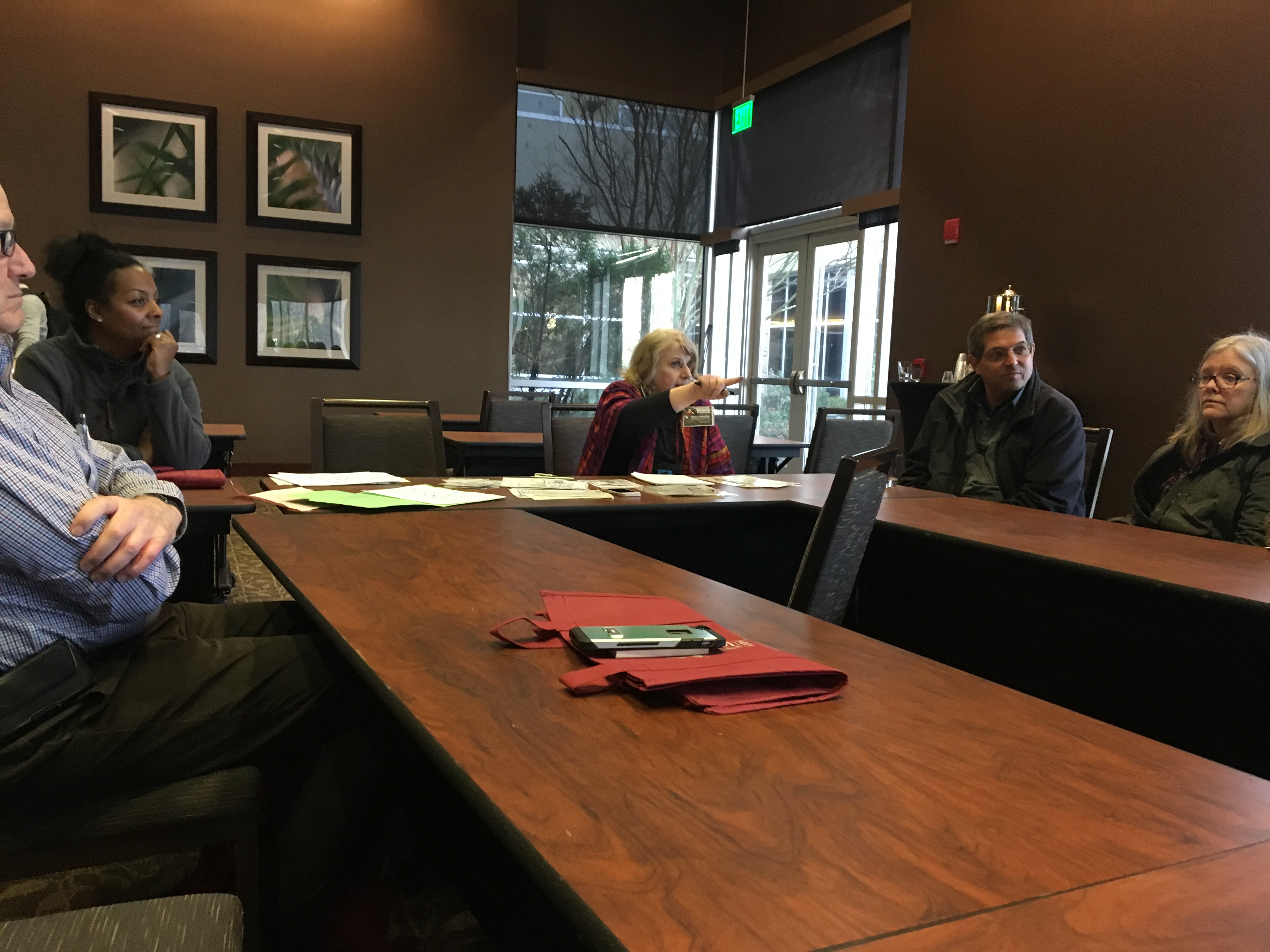 After the seminar, I wandered around until a ran into a few people that I recognized from the Pen Addict Slack channel again, including one of my favorite pen bloggers, Joe from The Gentleman Stationer. While I didn't know any of these folks particularly well, I still tagged along as they wandered the show floor, and it was a fantastic learning opportunity. There's so much stuff to learn and know about pens, and there's no greater concentration of that knowledge than at these sort of pen shows. Just by hanging out for the afternoon, I learned a tremendous amount about different pen brands, models, and inks. It's easy to feel intimidated by a lack of knowledge at these shows, but people are so willing to be open about what they know.

All day, it had felt kind of like everyone was wandering around doing their own thing, but a real sense of community sprung up in the evening at the after party. As the show had started to wind down, people gravitated to some of the tables out in the lobby-ish area outside the ballroom to get ready for the after party that Kenro Industries/Aurora sponsored, and once tables were arranged, the real fun of the show started. 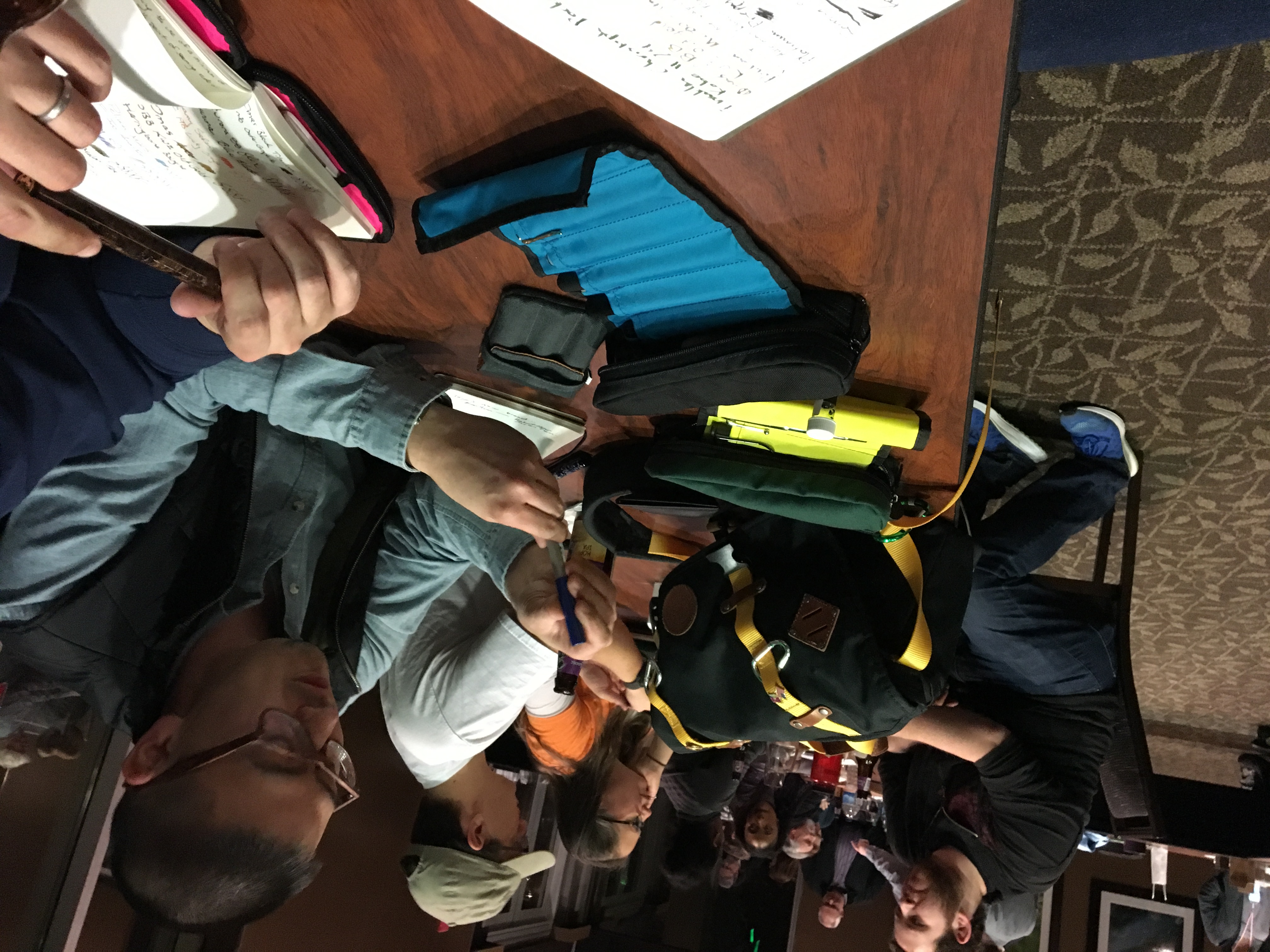 People immediately brought out notebooks and spread out pen cases to start showing off what they had just bought, or what they had in their collection, or just to give other people a chance to try stuff. Thousands of dollars worth of pens passed through my hands as I tried different nibs, pens, and inks. It's been said before and I'll say it again here: this is the real value of a pen show. I got to play around with pens that I would never have gotten to try otherwise, and everyone was so incredibly friendly.

At the same time, there were ink sample giveaways courtesy of Vanness Pens (I ended up with a sample of Califolio Olivastre that I can't wait to try), as well as giveaways of notebooks, full bottles of ink, and shirts in a raffle. Even though the after party didn't last super long, it was some of the most fun that I had all day.

From there, I headed over to one of my favorite little places in Baltimore, the Write Notepads shop for their meetup, which was small but really nice. Free beer, free notebooks, and just getting a chance to hang out with some of the folks from Write as well as Franklin-Christoph was really enjoyable. Plus, any time that I get to wander the Write Notepads shop is a good one. There's just something about the smell of all that paper and seeing all those books and printers... 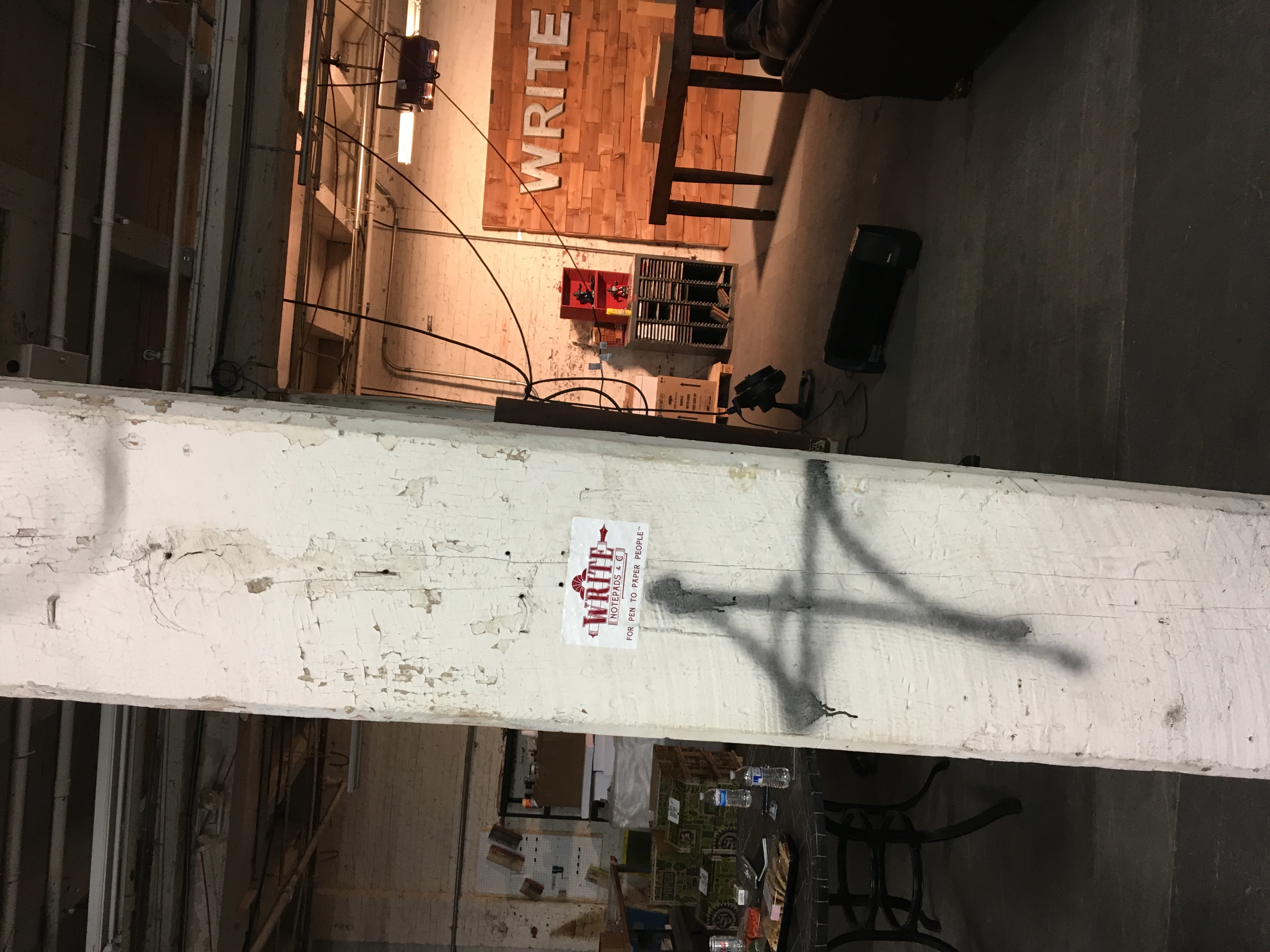 As the meetup wound down, I headed back over to the show hotel to just hang out for the rest of the evening. I spent the rest of the night simply sitting around the lobby chatting with people that I had never met in person before this show, and it was great.

And I think that's really what these pen shows are about. Sure, the buying and selling is nice, but the real value that I get out of these shows is just sitting and talking to people. The beauty of it is that we all already have something in common, it's just a matter of starting up a conversation, usually with something like "so what have you picked up today?" Vendors and makers are all more than happy to talk about their stuff, or even someone else's cool products, and it's usually a pretty inviting atmosphere. It's why I was excited for this pen show, and why I absolutely can't wait until the next one.