Some subtle changes to both home screens this month. 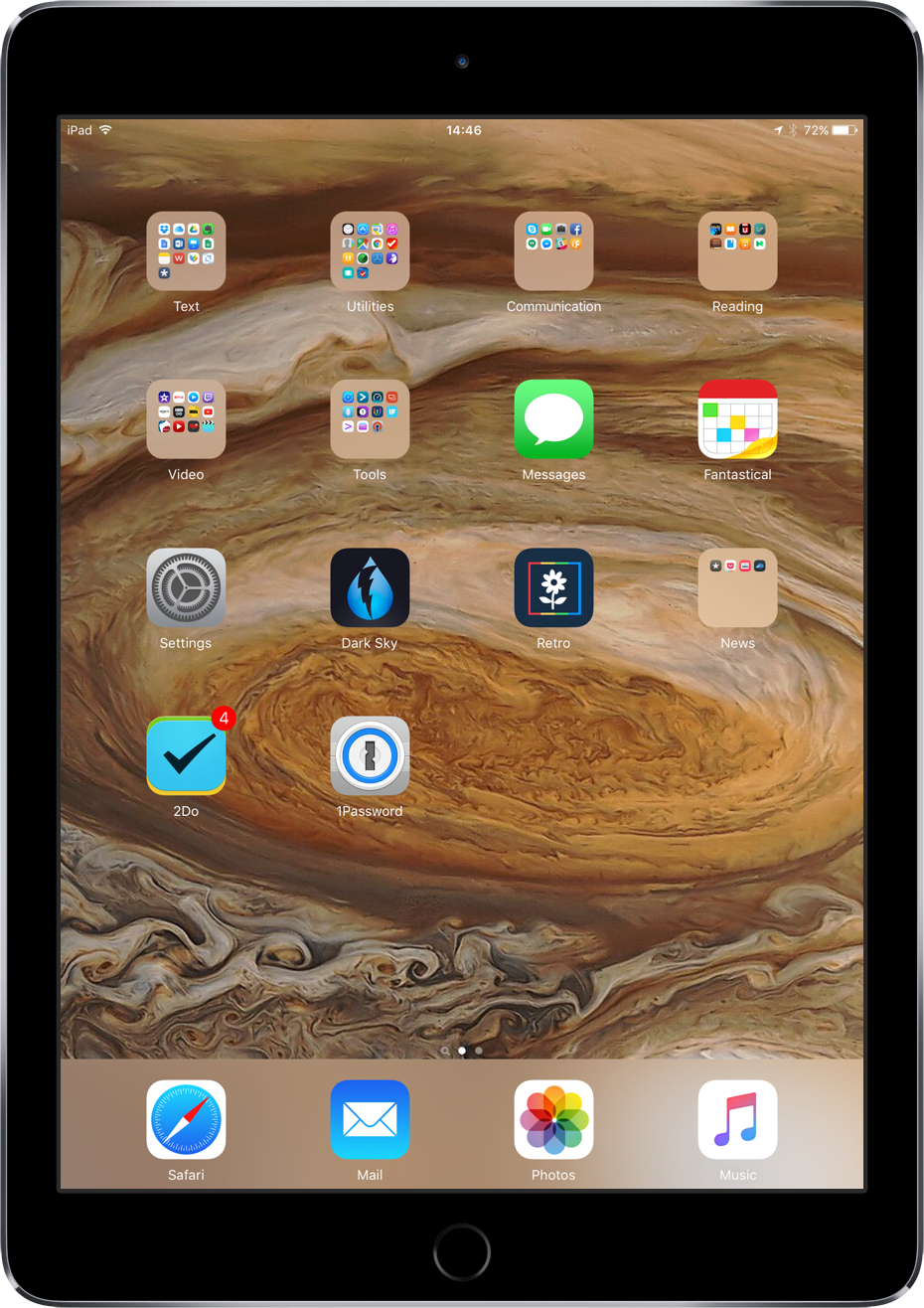 I've gone back to Editorial for my writing. If I was working on an iPad Pro, I might switch over to 1Writer, but since I'm still on a supported device for Editorial, so I'm sticking with it for now.

I also brought one of my second page folders over to the home screen so that I'd have easier access to some of the automation and network tools that I've been using a lot more this month.

The only real change on the iPhone this month was the addition of MyFitnessPal. As far as calorie trackers go, MFP is probably the best one out there, but it has some weird little quirks that drive me nuts, like its wonky 3D Touch implementation.

That's about all for this month, not a lot of changes to talk about. I'm still trying to decide if I want to move the iPad to a single screen setup, but I'm pretty content right now. As a side note, I just picked up Crashlands, and it's absolutely brilliant. One of the better games I've played on the iPad in a while. I don't know if I'll do a full review of it, but I'm really enjoying it so far.