One of my goals for 2016 is to get to writing more, and people say to write what you like to read. So, I thought I'd borrow a page from Josh Ginter and put up my home screens at the start of the month. I always love seeing what other peoples' home screens look like, so here are mine: 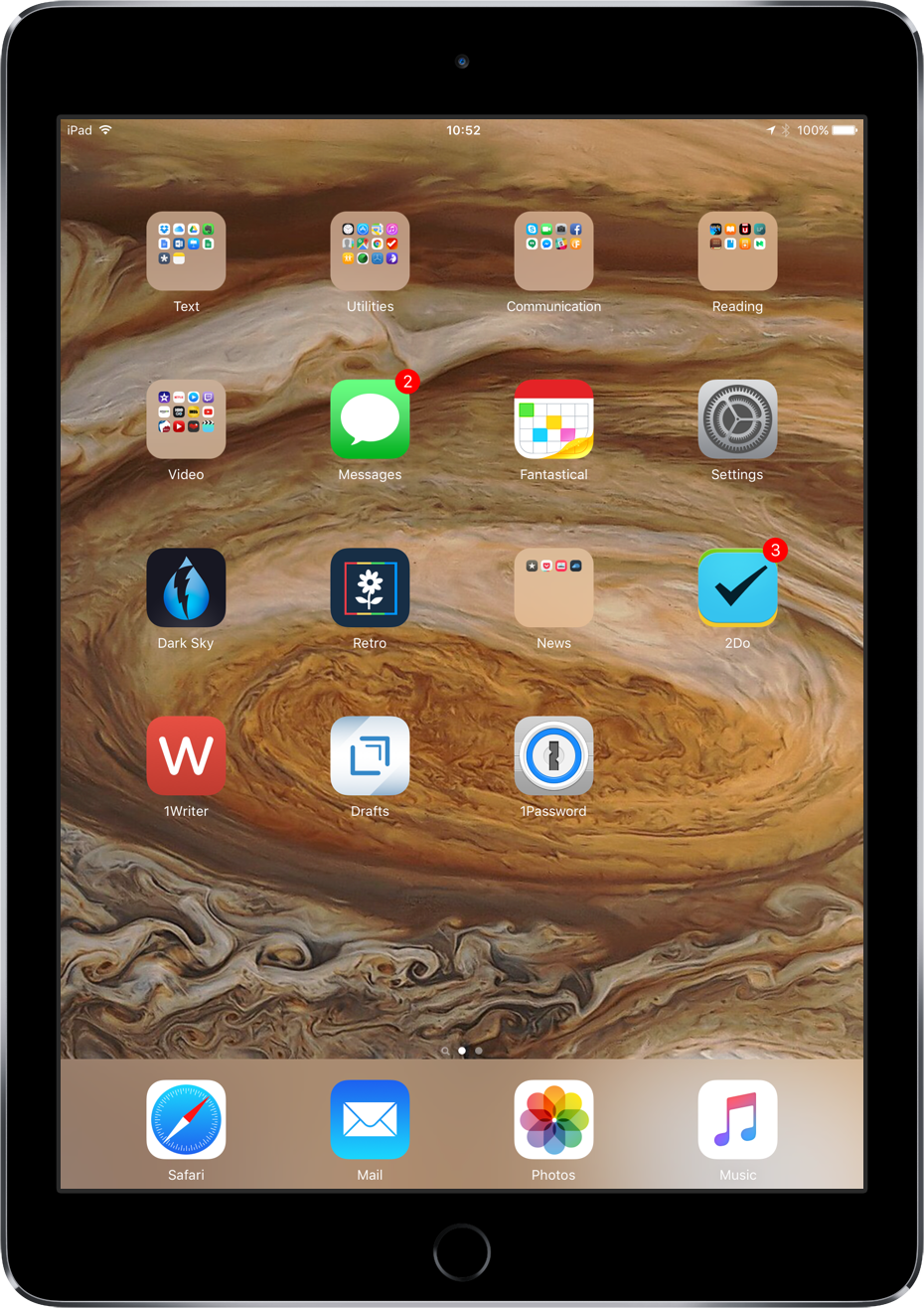 I have recently jumped on the 1Writer bandwagon while I wait for an update to Editorial. I don't like it nearly as much, but I can't put my finger on why. That said, it still lives outside a folder on the home screen in order to encourage me to write more.

You may also note that Tweetbot isn't on the home screen on either my iPad or my iPhone. That's because it hides on the second page in a folder marked "Unproductivity".

Wallpaper can be found here.

When I went from the iPhone 5S to the 6S, I had to rethink how I had my home screen laid out. It quickly became apparent that reaching for the top of the screen was no longer comfortable, so I reorganized the most used apps down to the bottom rows, and less used up to the top. I'm not ashamed to admit that I sometimes even use the reachability shortcut.

2Do is especially important to have at easy access on the phone thanks to 3D Touch. I'd say at least half of my tasks go in via the quick action there.

I have no idea where the wallpaper came from for the phone.

Well that's the first one of these, it remains to be seen if my home screens continue to change in the new year, I'm really pretty comfortable with my app choices and setups. As a side note, the screenshots were put together with this fantastic Workflow from Jordan Merrick.