Recently, I've taken over as host of the Southern Fried Security Podcast, and last night I posted a picture of my setup on Twitter. I had a request to write up what all I'm using, so here's a quick rundown. 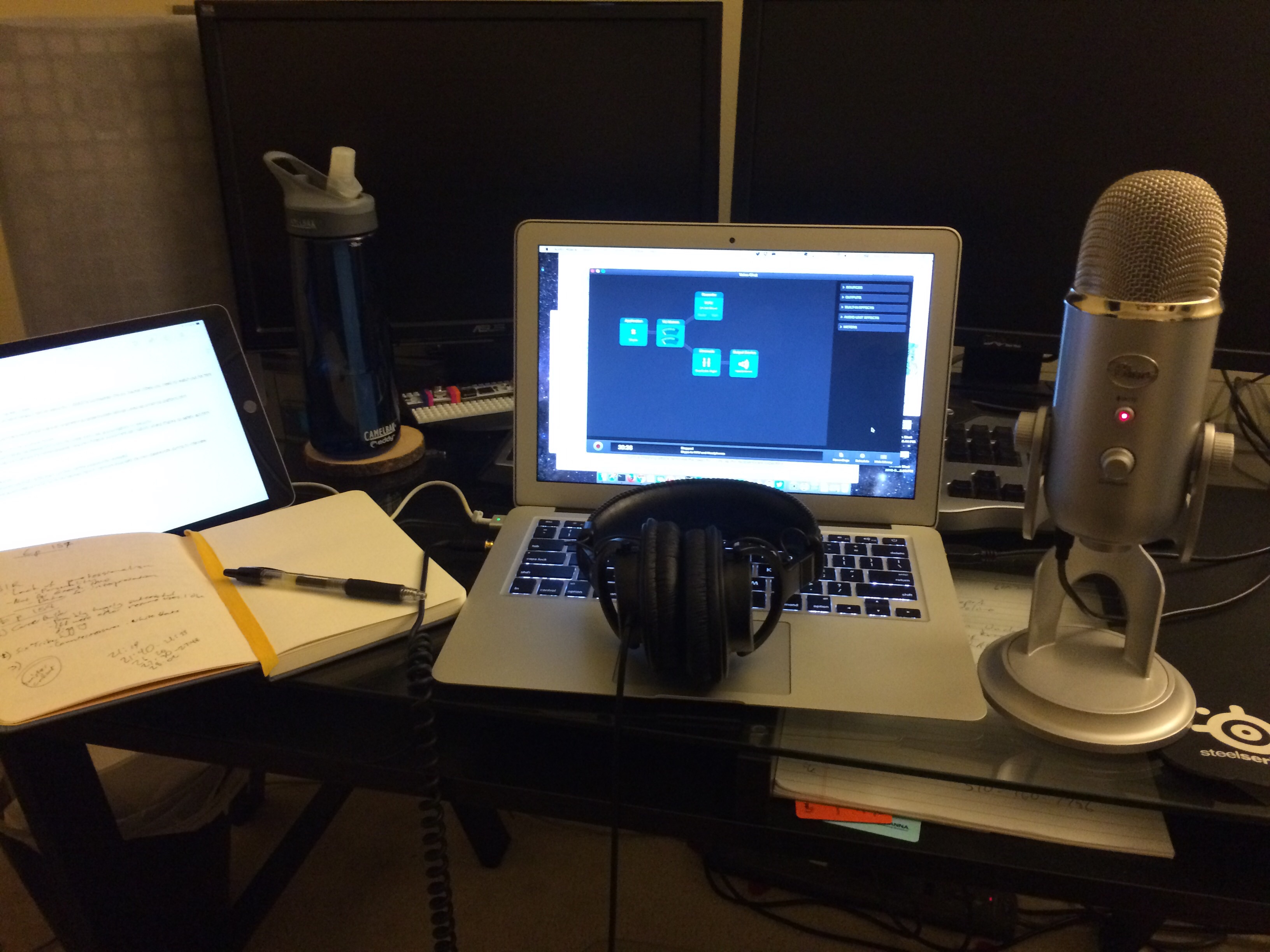 iPad for links and show notes

This is slightly in flux, but I think I have everything to where I like it now. When I took over recording full time, I switched to using the Mac and using Audio Hijack. I'm using their VoIP Recording preset, the only change being that I save the raw files in .wav in 24 Bit, Stereo.

I tend to gather stories throughout the week from my iPad, and I've written a Workflow that pulls any link of my choosing and appends it to an Evernote note. I also tend to keep the stories in tabs in Safari on the iPad when recording, mostly because that means no mouse clicks when I switch between stories.

And that's a basic rundown of all of the hardware and software that I'm using for the podcast. I'd like to add a boom stand for the Yeti, and I'm sure that my editing process can get even more refined, but what I use now works pretty well for now.