Lately, Twitter has been doing a lot of things that are getting people a little hot under the collar and saying "Well, not with MY Twitter, you don't!" First, Twitpic announced today that they're closing their doors due to threats of legal action by Twitter. Twitter posted a rebuttal of sorts stating that "we're sad to see TwitPic go...", but that isn't earning them any good will.

Then, the other day, Twitter announced that they're going to be putting other people's favorites in users' timelines, but only in certain situations where they wouldn't have new content to view otherwise.

And finally, Twitter has also been hinting that they'll start curating users' feeds in order to bring content that they think will be relevant to users to users' attention.

Some people are saying that Twitter as a company has lost its mind, and I'm kind of inclined to agree. Messing with peoples' timelines sounds incredibly Facebook-esque to me, and it's a little disconcerting. I really, really like Twitter. It's my primary means of keeping up with people, news, and other things that matter to me. I pick who I follow pretty carefully in order to make sure that I see stuff that is relevant to my interests, and I don't use the standard Twitter client or the website to view it. And while I'm sure Twitter will absolutely state that they'll be very careful not to muck things up too much, we've all seen how well Facebook has done with curating peoples' feeds, so I don't have much hope there.

The big problem that people face as Twitter is users is "Well, what next, then?" I personally migrated from having Facebook as my primary social media to Twitter specifically because it gave me raw feeds of people I wanted to follow. If that fundamental premise changes, then we'll start seeing people leave. The problem is, where do we go?

"Failed" sites like Diaspora and App.net were supposed to solve this problem, but they never gained the traction they needed to get started, so they've both kind of fizzled. I'm absolutely not saying that Twitter is dead just yet, but it's definitely something to start thinking about. I'd go out on a limb to say that the majority of these problems with Twitter have arisen because Twitter is such a 900 pound gorilla in the room, and without other options, users are kind of locked in to the service. 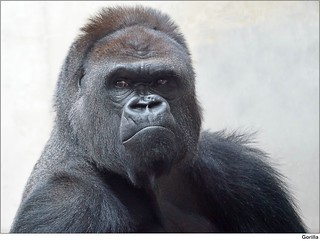 Again, it's far too soon to start calling for a mass exodus from Twitter. The majority of the things that Twitter is proposing haven't taken effect yet, and they may never do so. But any time that a single service controls the entire market (especially in social media), there seems to be a decrease in quality, so I know I'm going to start keeping my eye out for the next thing. Because remember: if you're not paying for the service, then you're probably the product, and you probably don't have a lot of say in what happens to that service.

PS: The next thing is not Emojili. Or Yo.