2015 was an interesting year for me. If you had told me at the end of last year that one of the biggest things that I would do this year would be taking up running as a hobby, I'm pretty sure I wouldn't have believed you. But here we are, reaching the end of the year and I'm running more than I ever have in my life.

I'm not quite sure what it was that switched in my brain that started me down this path. Mostly, I think it was a desire to just be more healthy. I'll admit it, I was one of those people who really started going to the gym in January, but unlike most of the crowd, I stuck with it.

I ran my first ever 5K in April, and I wrote about it here. I took a bit of a break over the summer, but when fall rolled around, I kicked my running back up, and finished the Shoprite 5K at the Baltimore Running Festival in 33 minutes. As soon as I finished running that one, I signed up for a Turkey Trot on Thanksgiving, and had the privilege to run my good friend Hannah's first 5K with her in a respectable 35min. 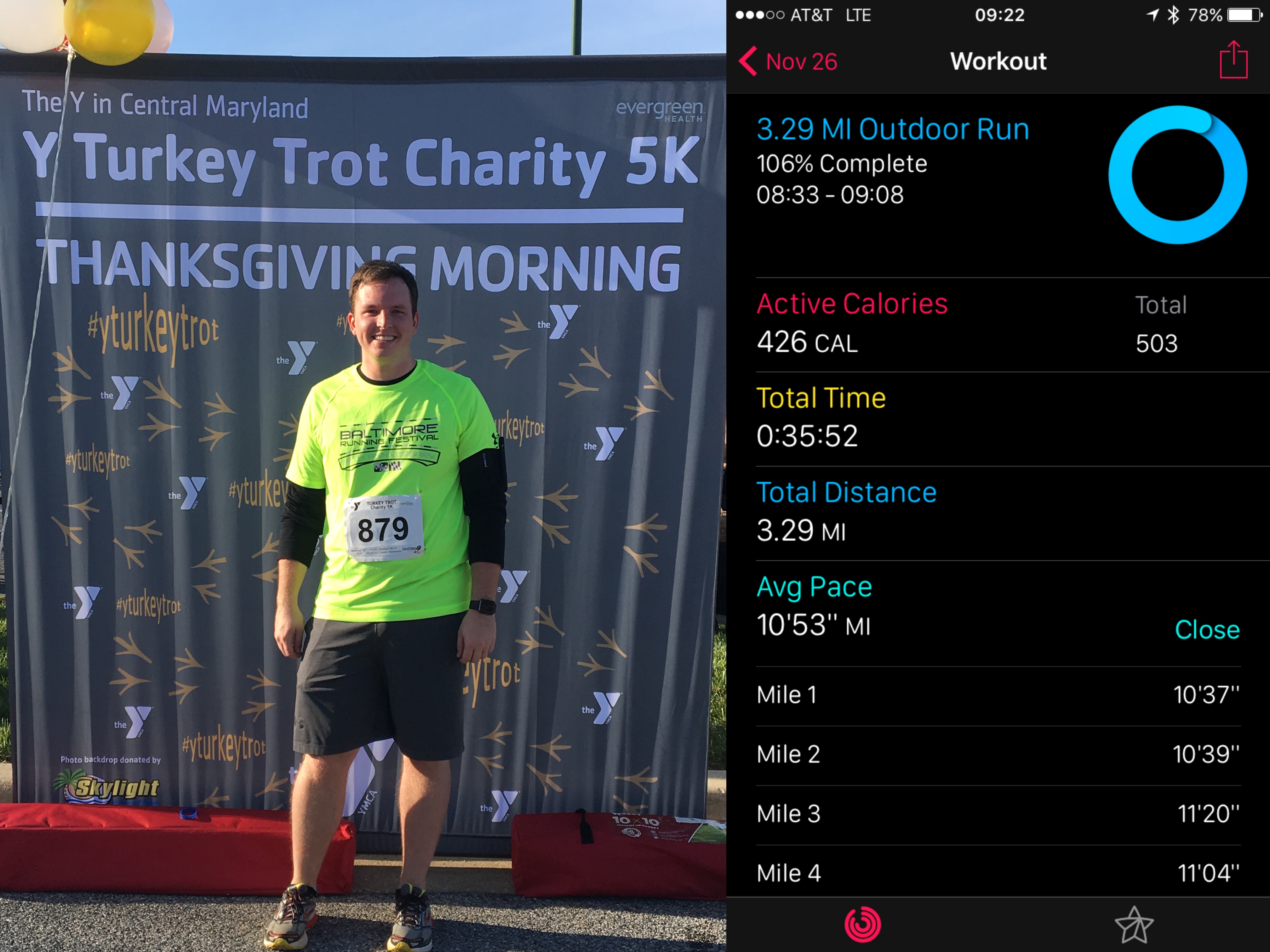 With the momentum I had from those two races, I had a crazy idea: what if I ran just as much as I could for the rest of November and December? No reason behind it, really, I just felt like running a lot. So I did. For the period between Thanksgiving Day and Christmas, I ran somewhere more than 24 of those days. (I'd have a more accurate number, but I haven't found a good way to pull that info out of Apple's Activity app.) it felt great. I had some leg pain one of the days, so I took two days off and nearly went nuts, all I wanted to do was get back to running.

Now, I'm not under any false delusions here; I know that real runners would laugh at my pitiful 2.5-3 miles that I run at a time so far, but I still can't get enough. I want to get faster, I want to run farther, and I want to do more.

I haven't gone for a run since Christmas Eve, and I can't wait to get home so that I can get some time to get a run in. I just signed up for a running group to start preparing for my first half marathon in April. After that? Well, this book I got for Christmas kind of says it all... 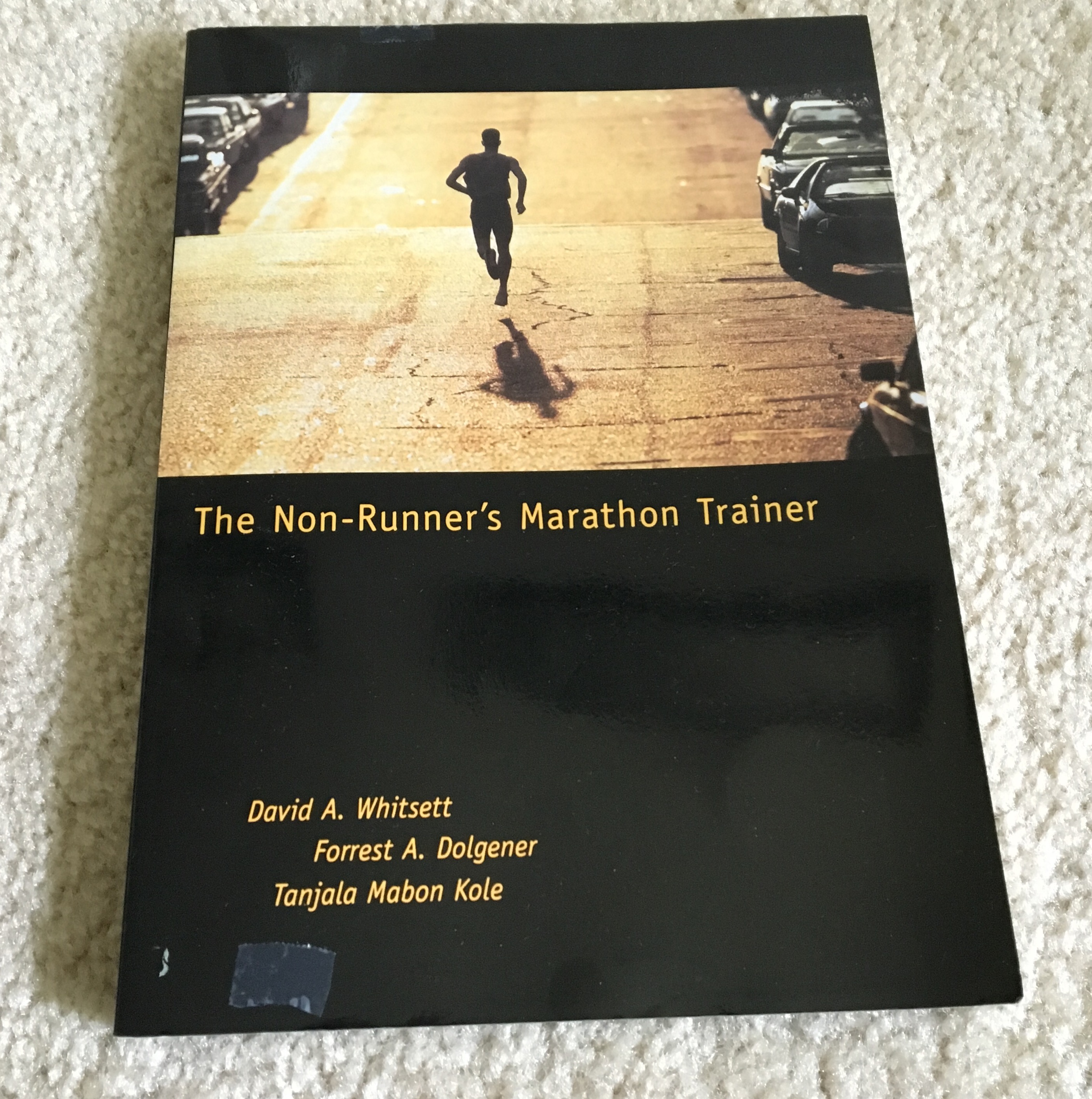