This past week, I signed up for my own DigitalOcean account and spun up a Centos 7 droplet in their cloud, and I did all of the configuration straight from my iPad. I've been wanting somewhere to keep up to date on my Linux administration skills, as well as have somewhere that I can VPN into when I'm on untrusted networks, and I really didn't want to open my own network to something publicly accessible or have a physical box lying around. So I chose a droplet on the $5 a month plan and spun it up. But since my iPad is my primary computer, I thought it'd be fun to see if I could do all of the administration straight from the iPad as well. Unsurprisingly, the answer was: yes. 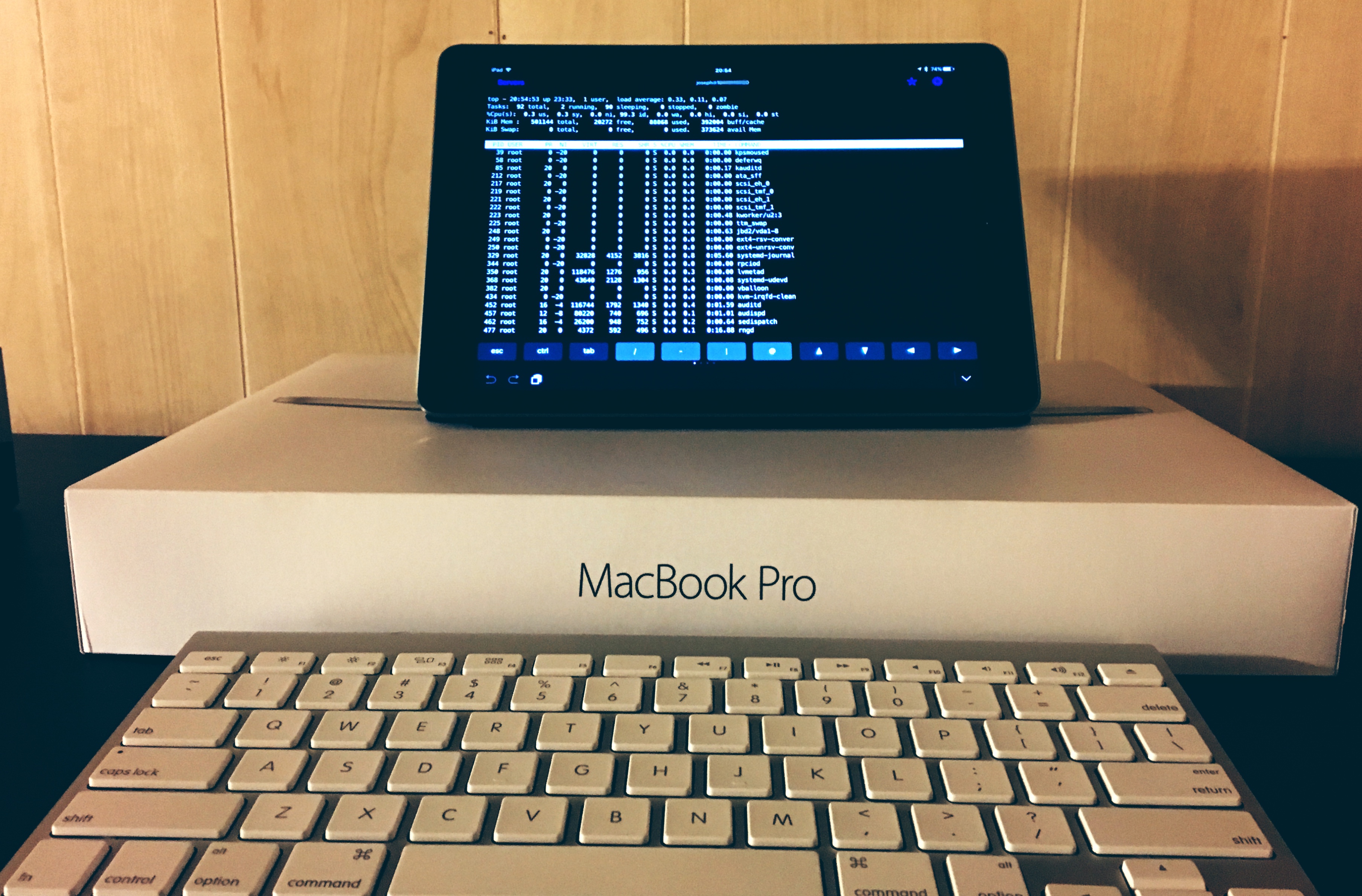 When it came to getting the droplet set up, I used two apps extensively: Prompt from Panic Software, and 1Password from AgileBits. Frankly, without those two apps working together, I'm not sure that getting the droplet configured would have been possible without hurling my iPad through a window. All of the base droplet configuration can, in theory, be done from the console window on the DigitalOcean site, but I'm not sure you would want to.

Prompt is a fantastic SSH client for the iPad and iPhone, and it's what I used for all the command line administration of the droplet. Unfortunately, it doesn't quite support split view on the iPad just yet, but from taking a look at Panic's Twitter account, it looks like that update isn't too far off. I particularly liked the fact that Prompt does decent CLI coloring when listing directories and such, and it has 1Password support built in, which is fantastic. It's also great at handling the iOS clipboard, which was handy when copying commands over from tutorials.

1Password is a great app that I use everywhere anyway, but it was a lifesaver when it came to getting this droplet set up. It had been a while since I set up a Linux server, and I had forgotten how many times you have to switch to root or log out and log in when getting things set up. I kept 1Password in my Slide Over window when doing most of the configuration so that I had all those passwords simply a swipe and tap away.

Quick tip: when working with multiple accounts on a server, name all of the 1Password entries

I'm also using Screens to access the droplet via GUI. Normally I wouldn't set up VNC on a server that was going to be internet facing, but Screens actually has great support for SSH tunneling VNC sessions, which is much more secure. I've been using Screens at my house to use my iPad to access the other computers on my network already, so using it with the droplet that I set up was a no brainer.

The last tool that made setting this up easy was a Bluetooth keyboard. Frankly, while Prompt has good iOS keyboard support, it can still be frustrating when you're working with commands that have a lot of dashes or basically any other special characters. I've been experimenting with using an Apple Bluetooth Keyboard with my iPad lately, and it's been a great option. Keyboard support continues to get better and better with iOS, so I'll probably stick with this setup for the foreseeable future.

So the conclusion is that yes, it is definitely possible to set up a server in the cloud from scratch from an iPad, and it's not particularly painful. Sure, there were a few times that I had wished I had a second monitor, but those will be even fewer and further between once Prompt properly supports iPad multitasking. In the mean time, I'll just keep getting stuff done, all from my iPad. And as a shameless plug, if you want to play around with DigitalOcean yourself, feel free to use my referral link.