Just before Christmas 2014, I upgraded from the iPad 3 that I had been using to the iPad Air 2. I was really looking for the increased processor power and TouchID in the new device. What I didn't expect was that over the next few months, the iPad would become not just a companion device for me, but my go-to device when I'm not at work. If I didn't need the little bit extra flexibility of a laptop at work, it could probably become my primary device there, too.

What caused the change in my usage pattern? Two things. First, the Air 2 is incredibly light and thin. When I pick up my iPad 3 nowadays, I'm amazed how far Apple has come. This crazy lightness opens the iPad up to being a proper "one handed" device. I can now sit on the couch, in a chair, or wander around the house and not have to worry about the weight of the iPad. It seems silly, but that makes a huge difference. It makes comfortably switching between landscape and portrait modes much more feasible, and more comfortable. I use a Smart Cover for my iPad, but if I'm at home, I tend to just take it off and use the iPad by itself because the cover just gets in the way.

Second, the Air 2 has a ton more memory than any of the previous iOS devices. That means I can bounce from app to app without anything refreshing, and makes the multitasking in the iPad much more like a computer than anything else that Apple has done on iOS so far. It's so nice to be able to quickly swap over to a conversation, send a reply, check Twitter for something, then switch back in to my book, comic, or game without having to wait for anything to refresh or losing my place. 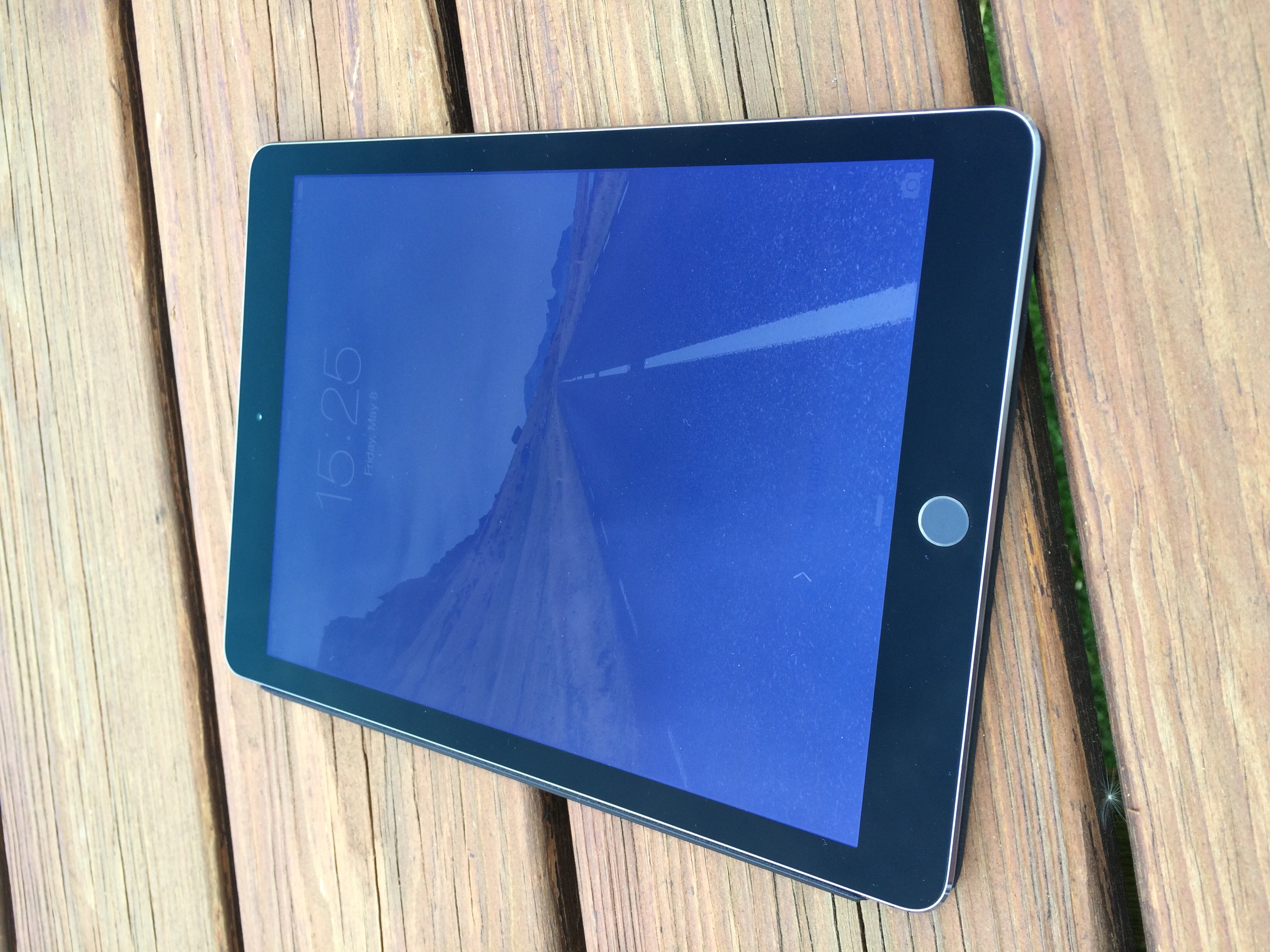 What do I use the iPad for?

I don't have a ton of hobbies when I'm not at work. With the exception of my recent forays into fitness, if I'm relaxing at home, I'm probably either reading either books or comics, gaming, or watching some sort of video. People talk about the iPad as a great "consumption device", and I won't disagree with that. iBooks and Kindle handle almost any book needs I have, Marvel Unlimited gives me access to pretty much every Marvel comic ever, and the iPad's Retina screen makes watching any video that I want enjoyable. Some people look down on the iPad for being a consumption device, but when it comes to relaxation, consuming content is usually what I'm looking to do anyway, so it perfectly fits my needs.

The iPad is also actually a pretty formidable little gaming device. I've been a gamer ever since I was a kid, but lately I just haven't found the long attention span for "blockbuster" games on the PC. The iPad still scratches the itch there, too. Games like Alto's Adventure, Desert Golfing, Hearthstone, and Oceanhorn are all some of my favorites, and the production value for some of those games rivals a lot of the stuff that I've played on a PC.

That's not to say that all it can do is consume, though. Nearly every post that I've ever written on this blog has been written on the iPad, either on the little Logitech keyboard that I have (see the post here), or just on the on-screen keyboard.

Where is the iPad at its best?

Easy answer: not at a desk. While I will write and chat while sitting at a desk using the iPad as a kind of "mini laptop", the iPad is just outclassed at full on multitasking by any of my computers. It also falls a little short when it comes to audio recording options, especially for the podcast. But if you're looking for the device for when you don't want to be sitting at your desk, it's awesome. Plus, it's an absolutely killer travel device.

There are people out there who do some incredible work from iPads. Folks like Federico Viticci from Macstories and Josh Ginter from The Newsprint are guys who I really look up to for the incredible work that they do, all driven by iPad processes. Seeing the work they put out challenges me to figure out new and interesting things to do on my own iPad. Apple also just started the "Everything Changes with iPad" marketing campaign that gives me even more ideas.

And I think that's really what I like about my iPad: it's become so flexible, so lightweight, and so powerful that it inspires me to do new stuff. I wouldn't necessarily take my MacBook out on the back porch to recline and write a blog post, but the iPad has no problem in that scenario. If I want to attach the Bluetooth keyboard to write at a desk or a coffee shop, I can do that too. And that makes the iPad my perfect device, and it's why it has become my main computer.

Written on my iPad.