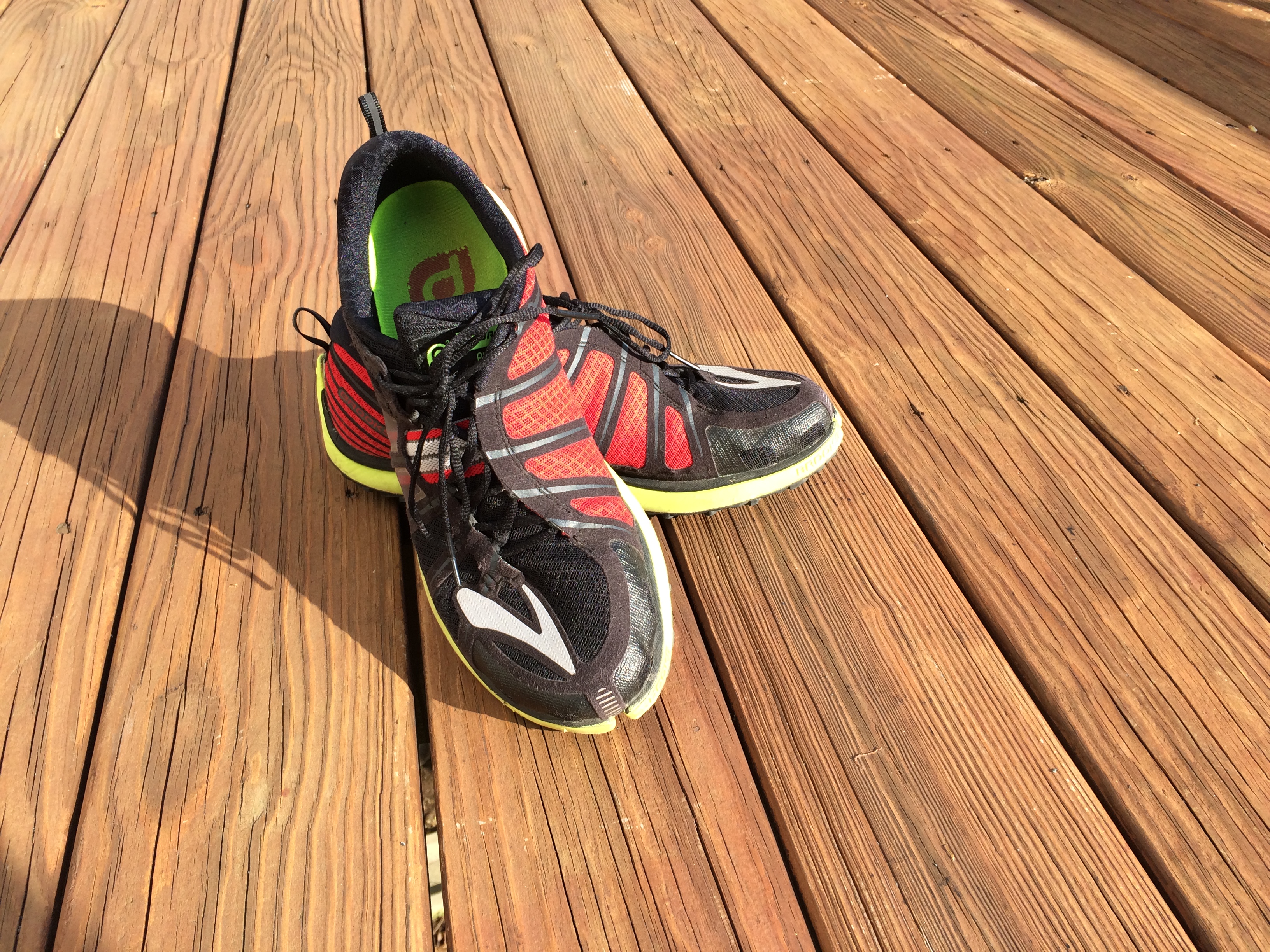 This past weekend, I ran my very first 5K, the AFCEA Race for Excellence. If you had told me 6 months ago that I would run a 5K, I'd probably have laughed. If you had told me that I'd be the kind of guy who is in the gym almost every day of the week, I'd have looked at you like you had antlers. And yet, on Saturday, I ran a 5K, and I've also doubled the amount of weight that I'm benching. But let's back up:

I've been dissatisfied with my general level of fitness for quite some time. Ever since college, my level of activity has dropped, and my weight has continued to go up. I've made some changes to try and generally improve my fitness by walking more, and I've tried to get myself hiking more, but I hadn't done anything particularly significant to change my health until this year.

Right after the start of the year, my wife and I signed up at our local YMCA. I had decided that I wanted to have somewhere that I could be more active even in the middle of that nasty weather we were having. At the same time, I started up the Couch to 5K program, since I was going to have a constant place that I could run. I don't know what really got in to me, I guess I just finally hit my tipping point.

I followed the C25K program with the Couch to 5K app for a few weeks, and I was amazed how much better I was feeling almost immediately, which motivated me to work even harder, which led to the next part of my journey.

One of the guys who works with my wife is currently studying health and fitness of some sort in college, and he offered to help put together a personal workout plan when he heard that I had started going to the gym. At first it seemed a little unnecessary, but the idea grew on me, so I decided I'd take him up on it. Next thing I knew, I was in the gym lifting weights. And you know what? I felt even better than when I was just running.

About the same time, my company mentioned that they were putting a team together for a 5K near the office, so I decided to sign up. I mean, heck, they offered to pay registration fees and stuff, so why not? Unfortunately, when I had started lifting weights more, I had kind of plateaued on my running around the 2 mile mark, which would come back to bite me.

Coming up to the race, I really didn't feel prepared. I wasn't making the distances that I had hoped, but there was no way that I was going to back out. I tried to push myself in the week coming up to the race, but I resigned myself to whatever condition I was in, that was what I was going to be. So I set myself two goals. First: finish. No matter what. Second, which depended on the first: Finish under the 40 minute mark. Doesn't seem like much, I know, but for my first 5K, I thought that seemed like a reasonable goal. 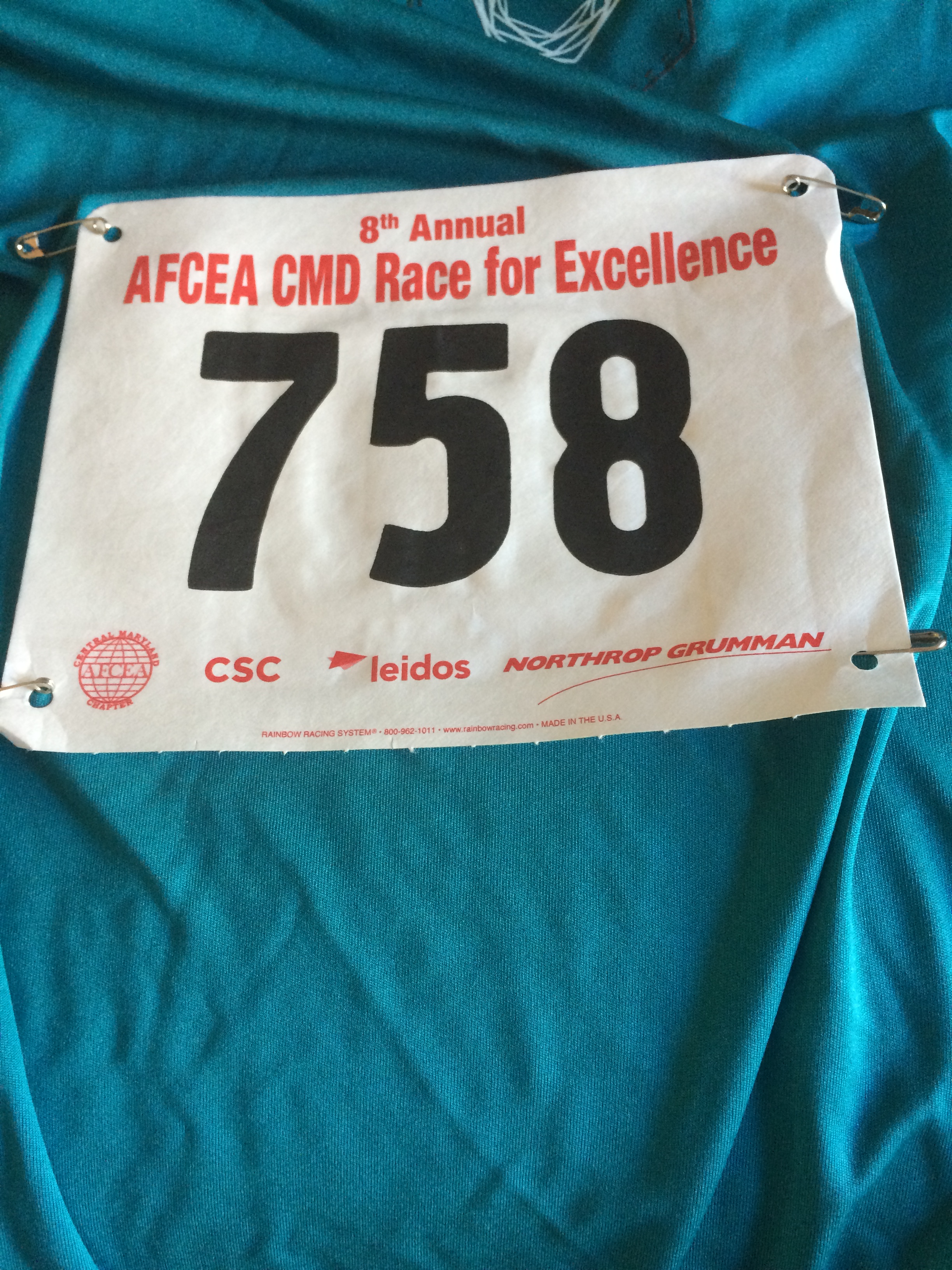 When the race day came around, the race day jitters hit me hard. I forgot to grab a Clif bar on the way out the door, so all I had in my stomach was two cups of coffee and half an apple, and I couldn't seem to settle down. The weather was perfect, though, and as soon as my group pressed in to the ~800 person group, all those jitters washed away.

About half a mile in, it was absolutely clear that I wasn't going to be able to run the whole time. I had been training on a treadmill for the past few months, and the hills on the course quickly wore me down. So instead, I just focused on keeping moving. Mile 1 wasn't too bad, but mile 2 kicked my butt. My calves felt tight, and I couldn't find a rhythm to jog, so I was stuck fast-walking for most of the mile.

The first half of the last mile was all downhill, so I was able to pick up the pace a little bit, but the last half mile was all uphill, so that probably just evened everything out. At the end of it, I was exhausted, my legs were killing me, and it was all I could do to keep from falling over, but I had made it.

My final time was 38:18, according to the chip in my race number, which beat both my first and second goals for the race. So overall, I consider it a win. It was an exhausting first race, and multiple people commented on the difficulty of the course, but you know what? I'm hooked. I'm already looking at other 5Ks to sign up for, and thinking about my goals for the next one. I hear it's an addicting road to go down, and I'm excited to be running it.