We are being sold things based on catchy slogans all the time. "Half the pressure, twice the speed", "melts in your mouth, not in your hand", and all sorts of other things. So when I saw that the Life Margin Notebook promised me that "it is easy to write smoothly" right on the cover, I was immediately skeptical. In this case, though, it's no joke. The "L writing paper White" that fills the covers of the Margin notebook is some of the best paper that I've ever written on.

The Margin's defining feature is just that, an almost comically oversized margin on the left hand side of each page. I've struggled to find much use for these big margins when using the notebook, but every once and a while, a use will pop out to me. For example, I carried this notebook around the Atlanta Pen Show, and would keep a ledger of all of my purchases using the margin. Amount spent on the left, and description of what was purchased on the right. Otherwise, though, I tend to find that the space goes largely unused.

And that's really a pity, because the paper is the star in this notebook. It will hold up to anything that you throw at it, even up to my broadest nib. There's a bit of show through, but not a tremendous amount, so both sides of the page are nice and usable. This paper also does a great job showing off both shading and sheen for inks, almost to Tomoe River level sheen.

One thing that I love about Life paper in general is the faint watermarking on their pages. I've attempted to capture that in a picture, but it's tough to get on camera. I've been told that these are called wires and laid lines, and are a mark of how Life makes their paper. I've seen it on multiple products of theirs, and it's one of my favorite details on any piece of stationery. [1] 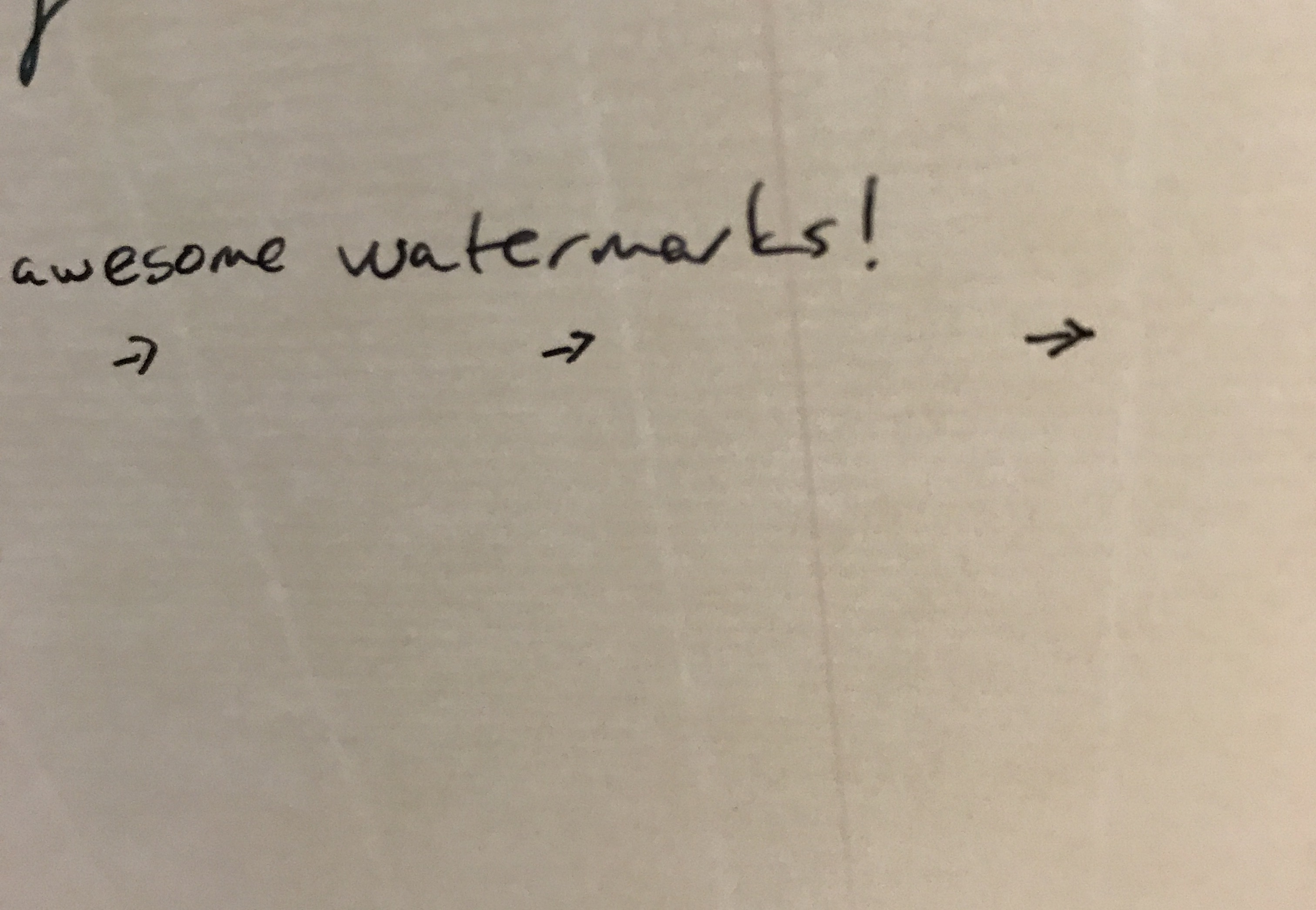 One thing that I've struggled with when using this notebook, though, is the way that Life has chosen to bind it. The eighty sheets are broken in to four signatures, and the first and third signatures have a weird card stock divider after them. As a result, it's kind of tough to get the pages to lay flat for writing at certain points in the notebook. 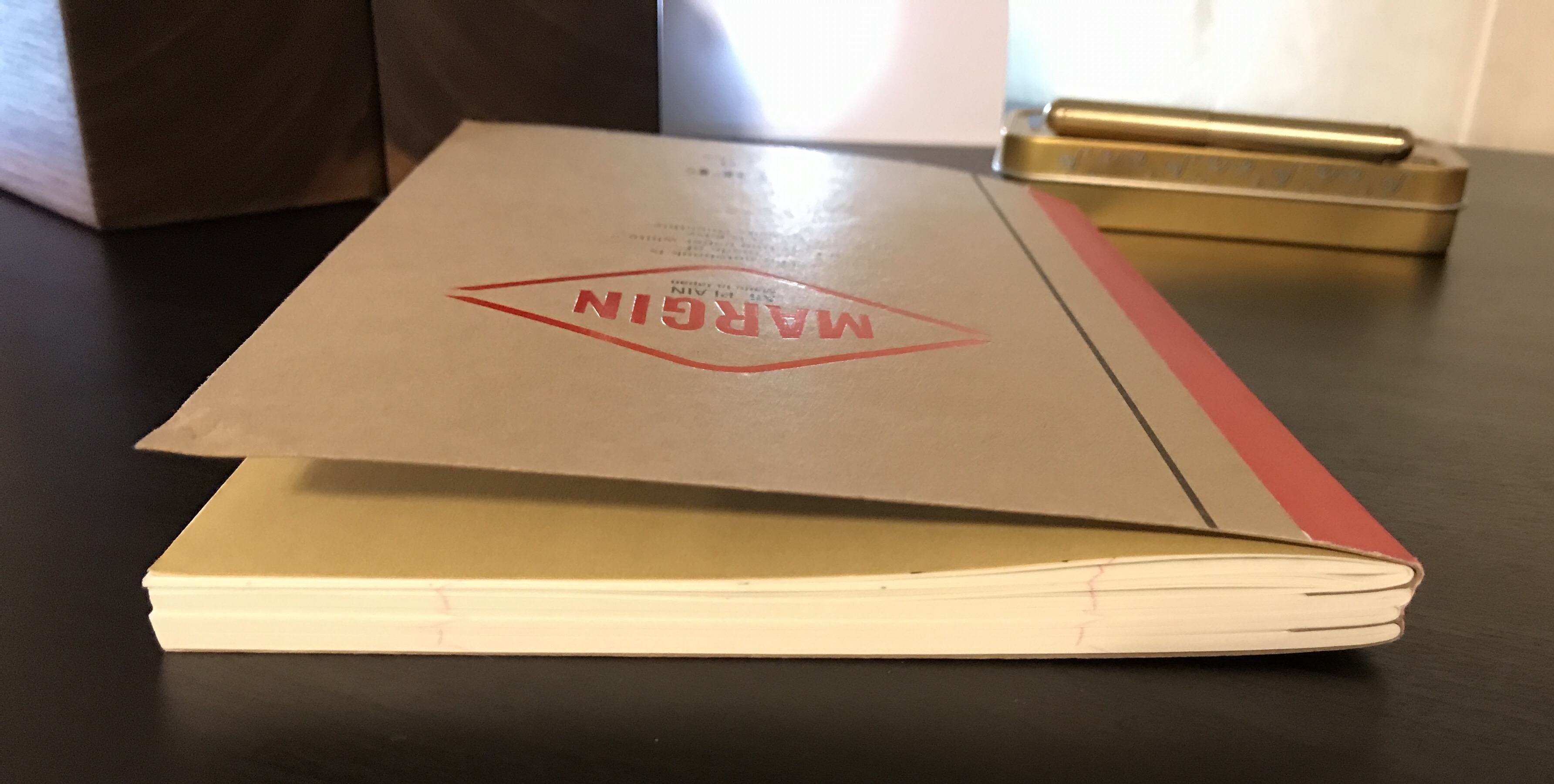 Notice the dividers between the signatures

The other thing that I've noticed is that this paper is incredibly susceptible to hand oils causing feathering. If you want to feel like a gross human being, watching your ink feather simply by touching where you rested your hand will do it. So, like I do with many of my other notebooks, I keep a scratch piece of paper under my hand when I use this notebook.

I got this notebook from a friend who brought it back from Itoya in Yokohama for me, but the good news is that there is now somewhere that you can pick these up easily in the US: Vanness Pen Shop. The version I'm reviewing is the red or blank version, but there are also grid and ruled versions as well. If you want a notebook that has some great character, fantastic paper, and a touch of weirdness, I highly recommend that you pick one of these up. 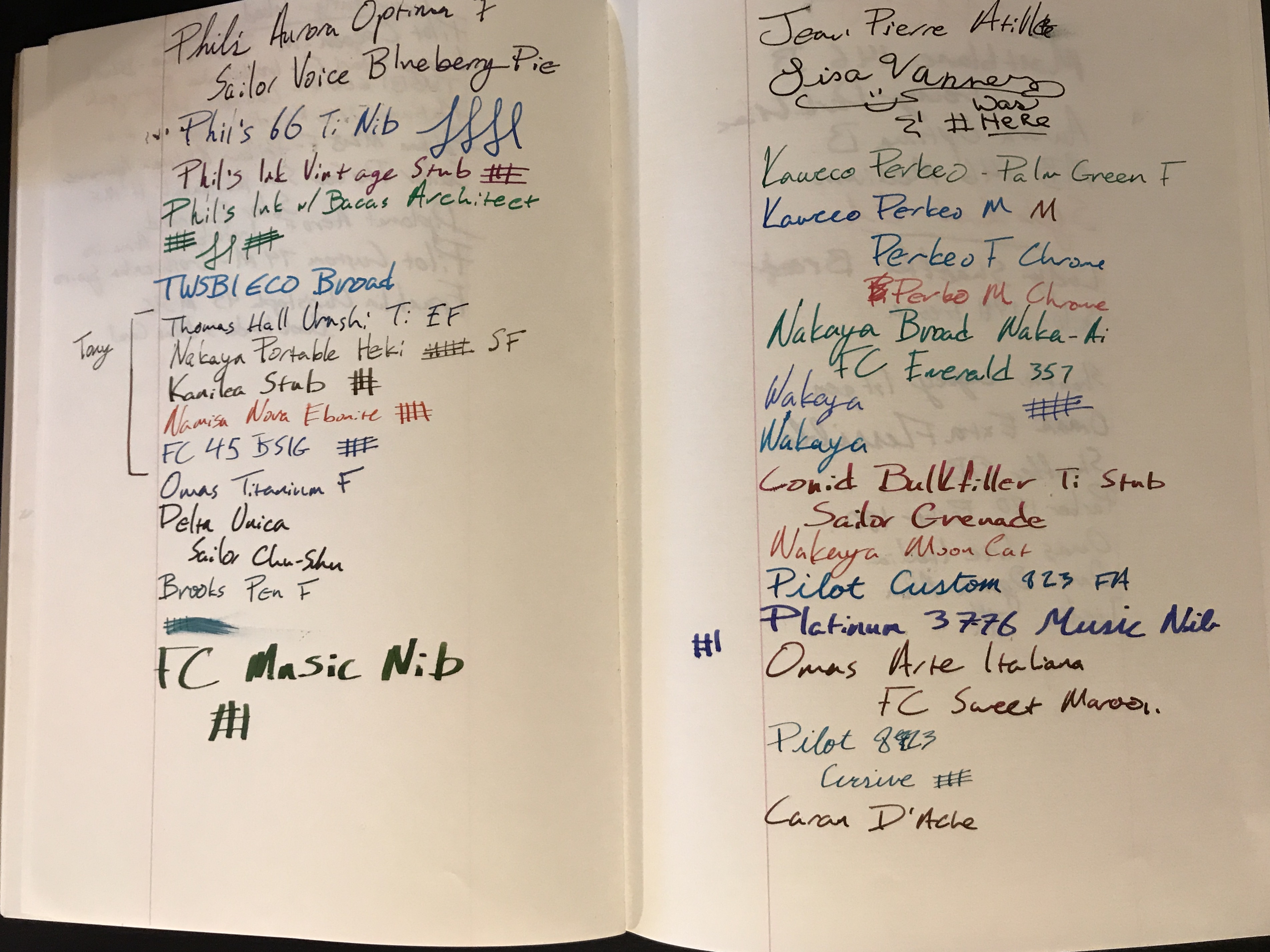 Instead of writing up my own ink tests, I thought I'd show my pages from the bar at the DC Pen Show