Whether you love them or hate them, Moleskine kind of helped kick off the “stationery revival” with their rise to popularity. In fact, there’s a great chapter about just that in The Revenge of Analog. And as with anything popular and easy to reproduce, once something takes off, the clones will start to pop up. The problem with any clone is that some of them are pretty good, and some of them just aren’t. The Stifflexible notebook that Pen Boutique gave me to check out has a bunch of features that makes it a really interesting product, but it stops shy of being great. 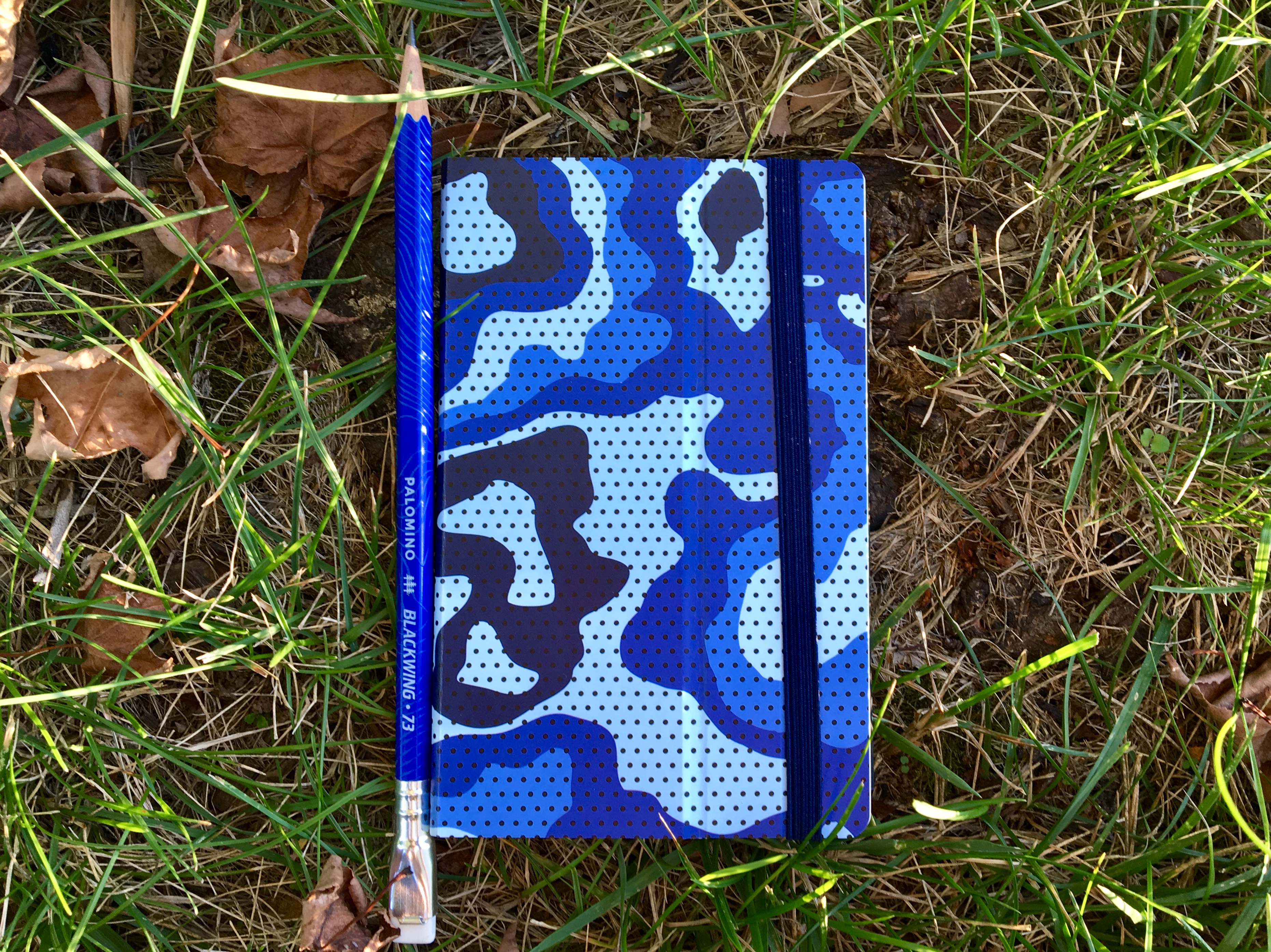 The Small Navy Blue Stifflexible Camouflage notebook (how’s that for a name?) is a Moleskine “clone” made by the the 3.6.5 S.r.l company in Italy, and they have a wide range of colors and designs in their Stifflexible line. The notebooks get their name from the covers, which are solid cardboard stock for the first two thirds of the cover, and then flexible for the last third. It’s an interesting idea, but I wasn’t able to find a way to make the flexible part useful. It does let you thumb through pages faster, since you can bend the covers out of the way, but that’s about it for usefulness as far as I can tell.

Inside the back cover, there’s a little pocket whose cover actually extends out so that it can act as a bookmark or placeholder, as well as a little ruler that can also act as a bookmark. I thought this was clever, since there are situations where you might be writing in or using multiple parts of the notebook at the same time, so multiple bookmarks are helpful.

Inside the covers, you’re greeted with a little “if found” page, and then 144 pages of 80gsm, ivory paper. At first, I didn’t realize that the notebook is actually broken up into three different section, each of them with their own ruling. There’s 96 pages of lined paper in a section titled “Notes”, then 32 blank pages in the appropriately named “Blank” section, then 16 perforated graph pages in the confusingly named “Post...It” section.

That third one threw me for a loop. Even more confusing is that the graph pages are only graph on one side. If you’re going to make only one section of a notebook perforated for tearing out, why would you choose graph? And if you’re going to make it graph, why would you only make it graph on one side? It’s an odd decision and design choice. That said, I did like the type of perforations used. Instead of your traditional, close perforations, the Stifflexible perforation is more of a series of holes that almost match the cover. It’s a fun little detail. 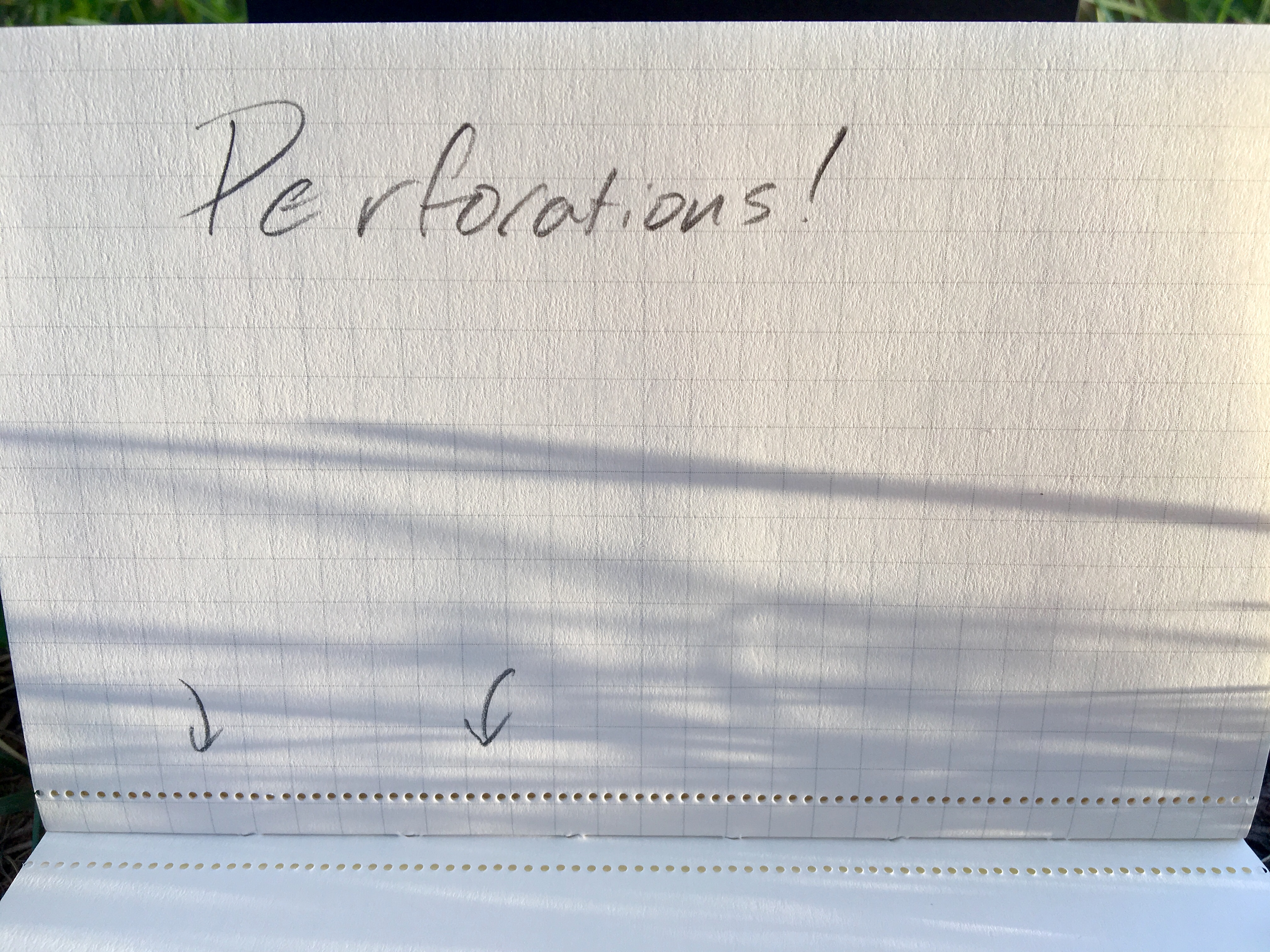 Sadly, though, the paper just isn’t great for anything other than pencils and rollerball pens. As soon as you touch a fountain pen to the paper, you start seeing feathering even with some of my driest nibs, and for anything wetter, there’s significant bleed through. There’s even a surprising amount of show through for 80gsm paper, even with some of my gel pens. But with pencils, I though the paper was rather pleasant, a little smooth without being slick and just the right amount of toothiness. 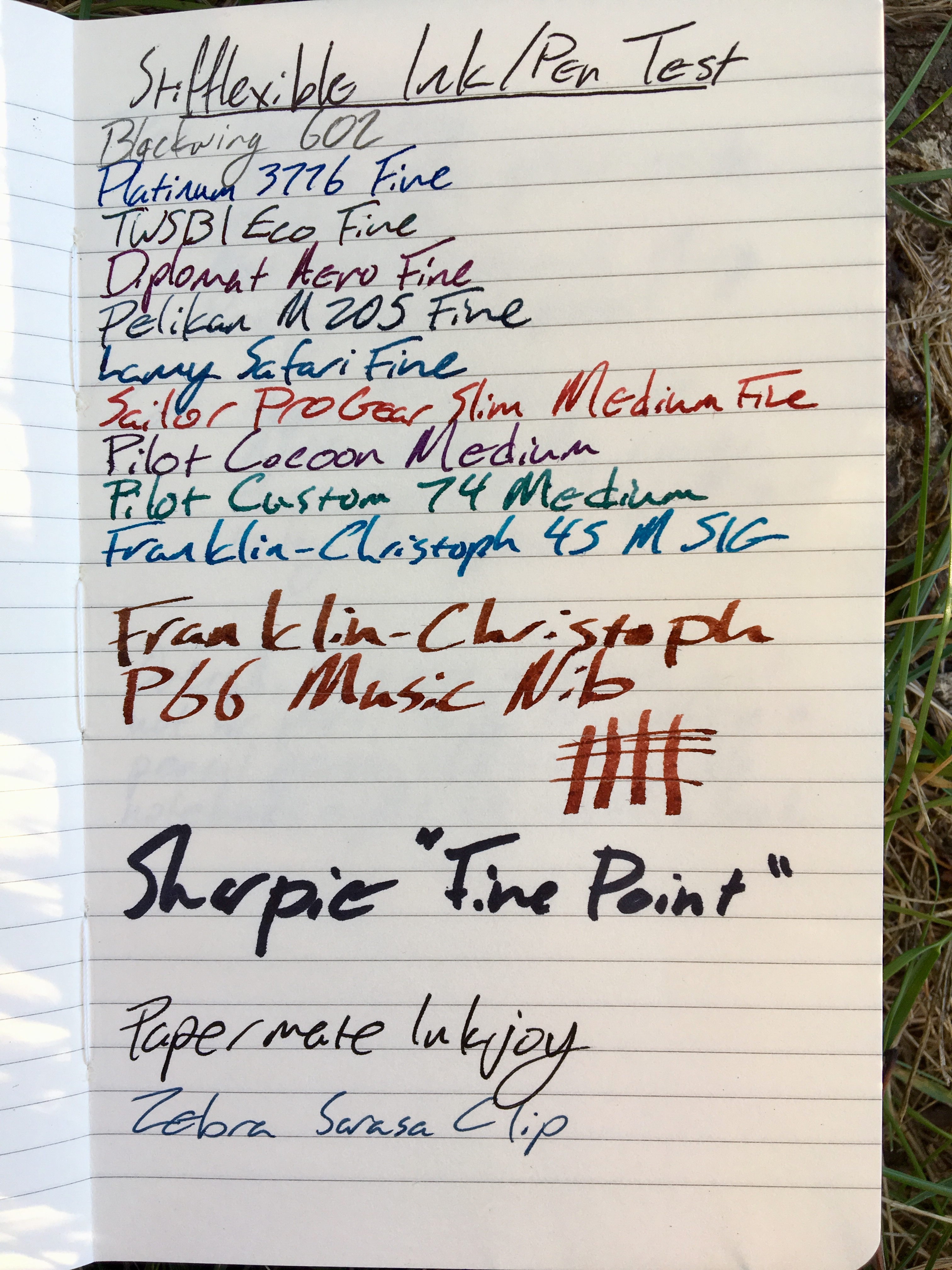 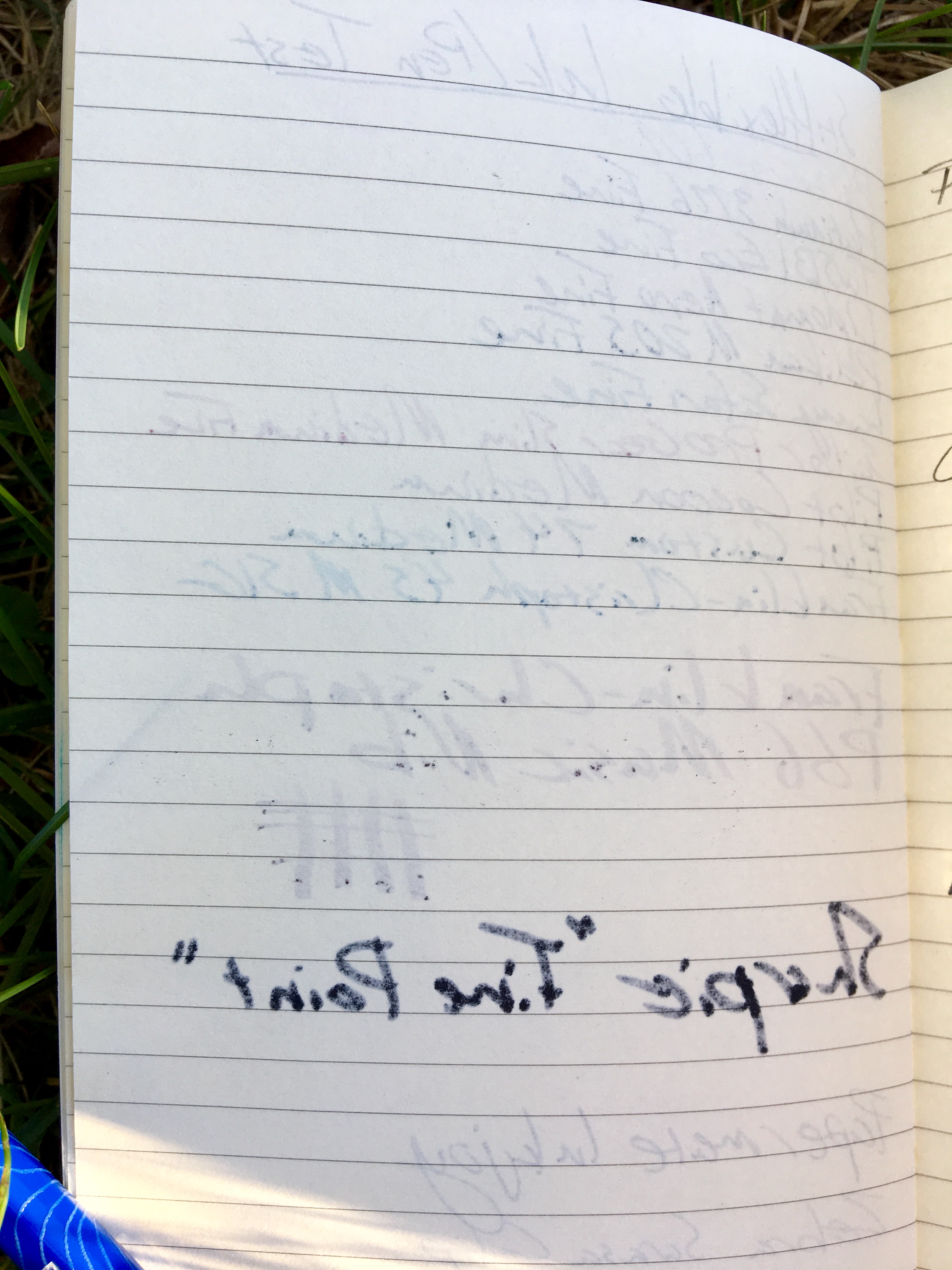 All that adds up to a notebook that’s really just ok. The Small Navy Blue Stifflexible Camouflage is a decent Moleskine-esque notebook with paper that’s about on par with a regular Moleskine. It has some fun paper options internally, and there are some fun covers, but if you’re looking for something that’ll take anything more than a rollerball pen, I’d look elsewhere.

Thanks to Pen Boutique for providing this notebook for review. I was not compensated in any way for this review, and my opinions are my own. 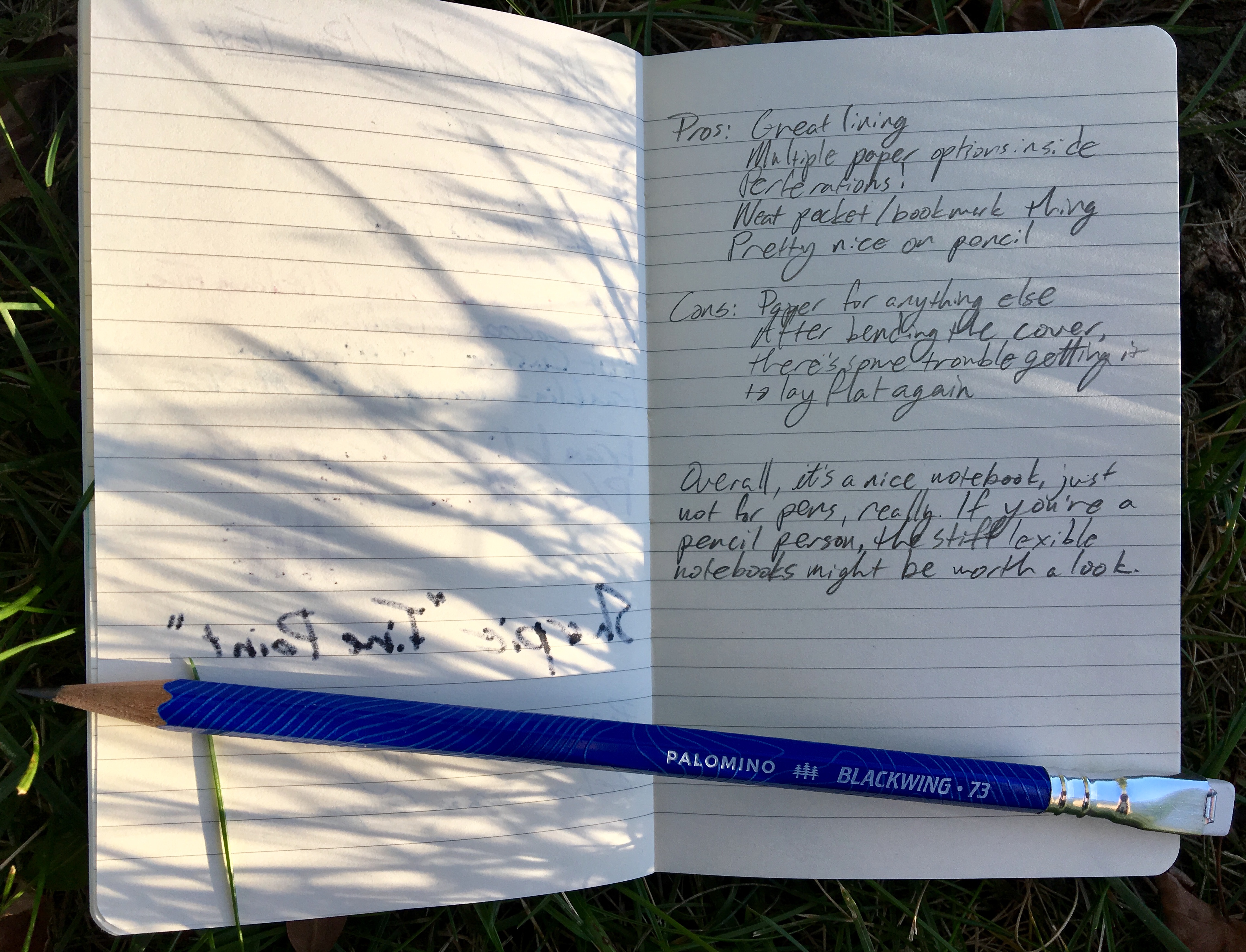