Like I mentioned in the last post, it can be hard to get a hold of good spiral ring notebooks, especially ones that have good paper. The Midori "Polar Bear" Spiral Ring Notebook is one of the exceptions to that rule, but a few things hold it back from being truly great. This is another one of those notebooks that my sister picked up for me from the Ito-ya in Haneda Airport, but unlike some of the other stuff that she brought me, this one was fairly easy to track down here in the U.S. A number of retailers have the B6 size notebook that I have, including JetPens. 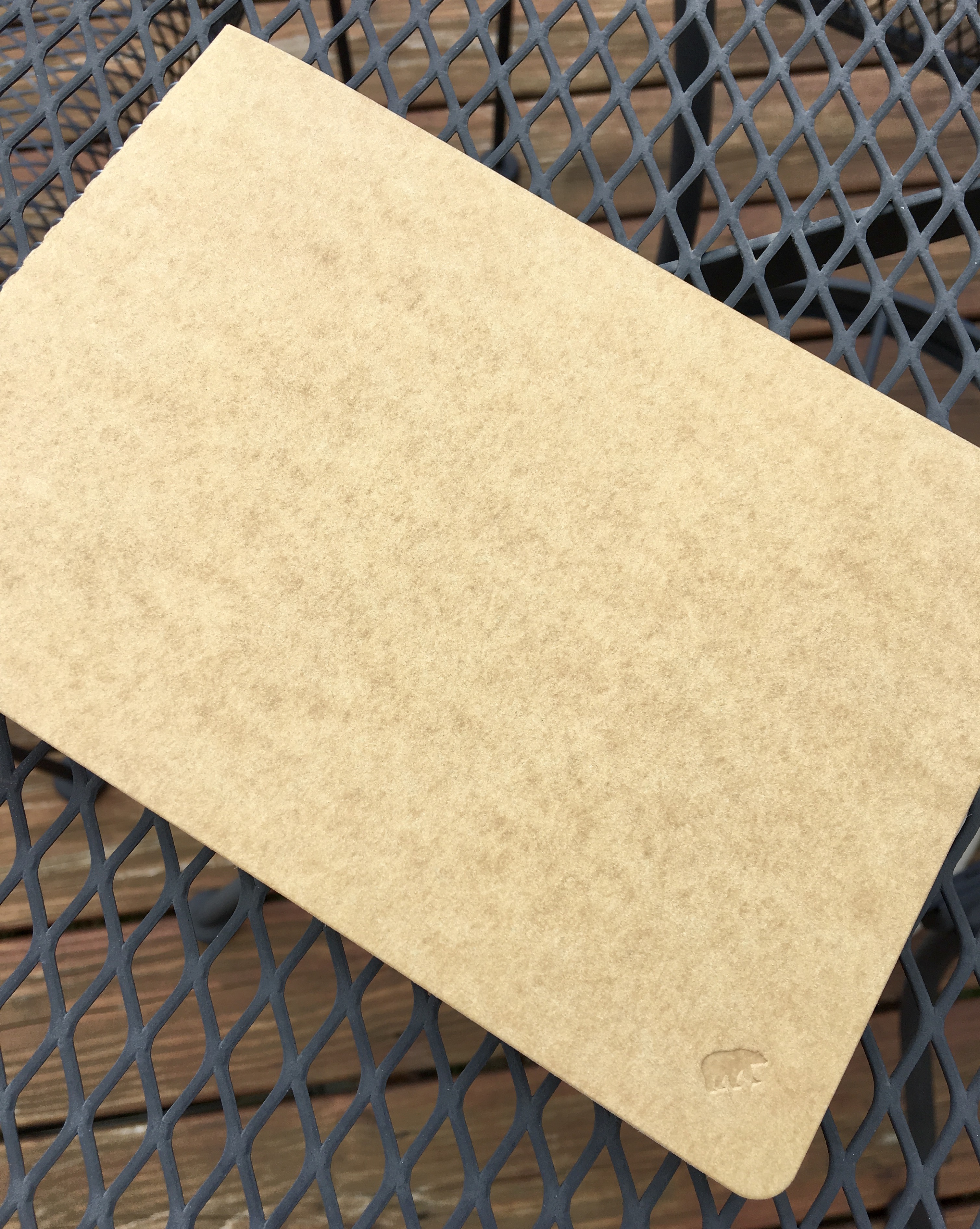 Now I'm not an artist. I write, I play music, but my drawing skills rest somewhere between stick figures and doodles. So when I'm looking at a product, I'm not usually thinking about it as sketchbook, but as a writing book. In this case, though the Polar Bear notebook is almost certainly a sketchbook first, and anything else second.

And that's not because the paper isn't good. In fact, the paper in the Polar Bear notebook handles anything that I threw at it, even up to big blobs of ink. The paper is thin, so there was a bit of show through, but no bleeding or feathering. Because of the way the notebook is laid out, it's pretty difficult to use the back side of a page, so you're not really losing anything with the amount of show through that you get. What I did find interesting, though, is that the notebook lays so thick that it's actually rather uncomfortable to try and write on some of the earlier pages in the notebook. You're forced to either let your hand hang off the side or hover over the page in order to write, which is pretty uncomfortable.

All of that adds up to a fun notebook with good paper that just isn't for me. It's not bad by any means, and if you're someone who enjoys sketching or has other need of a landscape-oriented type notebook this should be right up your alley. But for me, this notebook will probably sit in my desk until I find someone who will get more use out of it than I will. 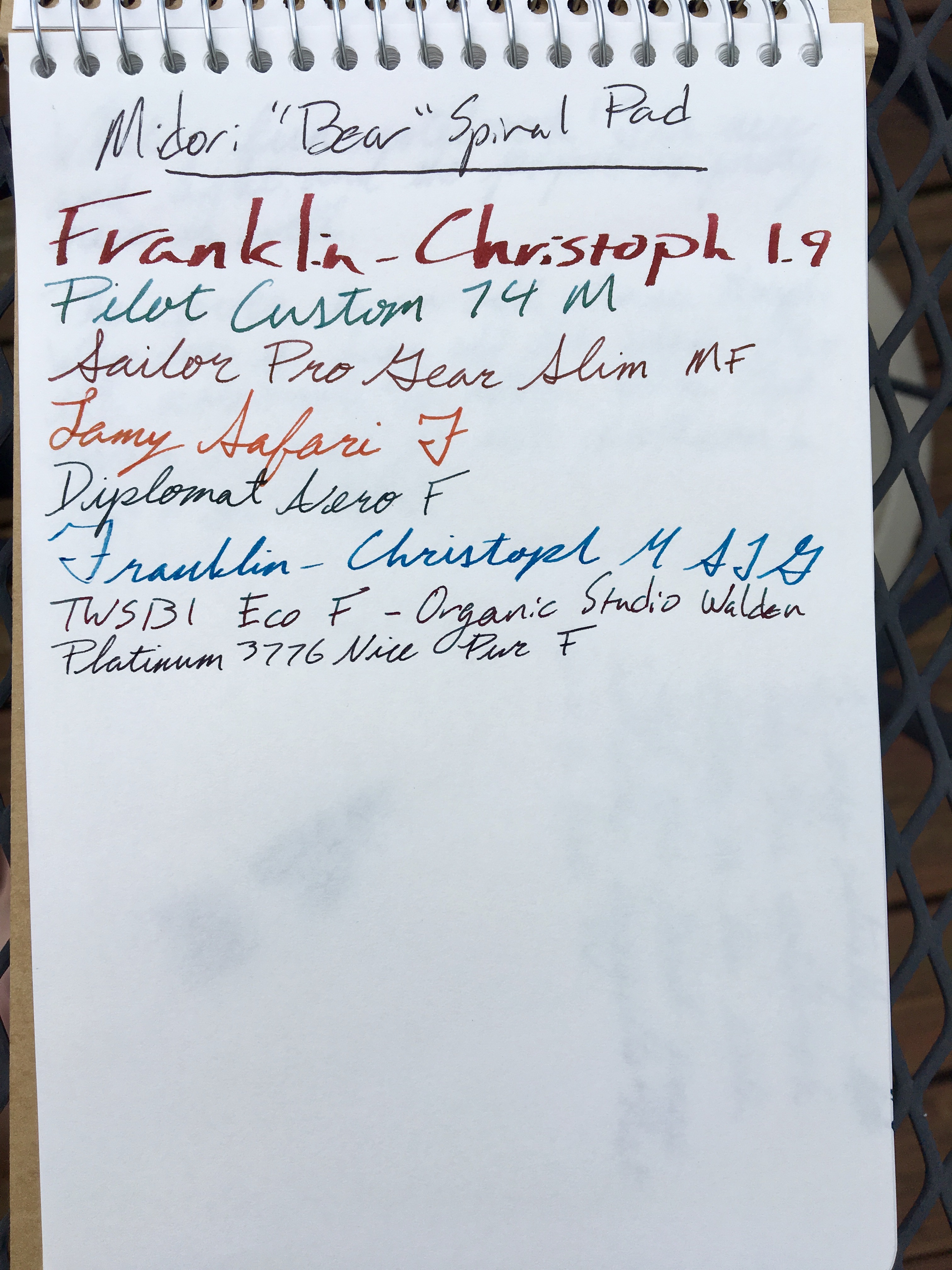 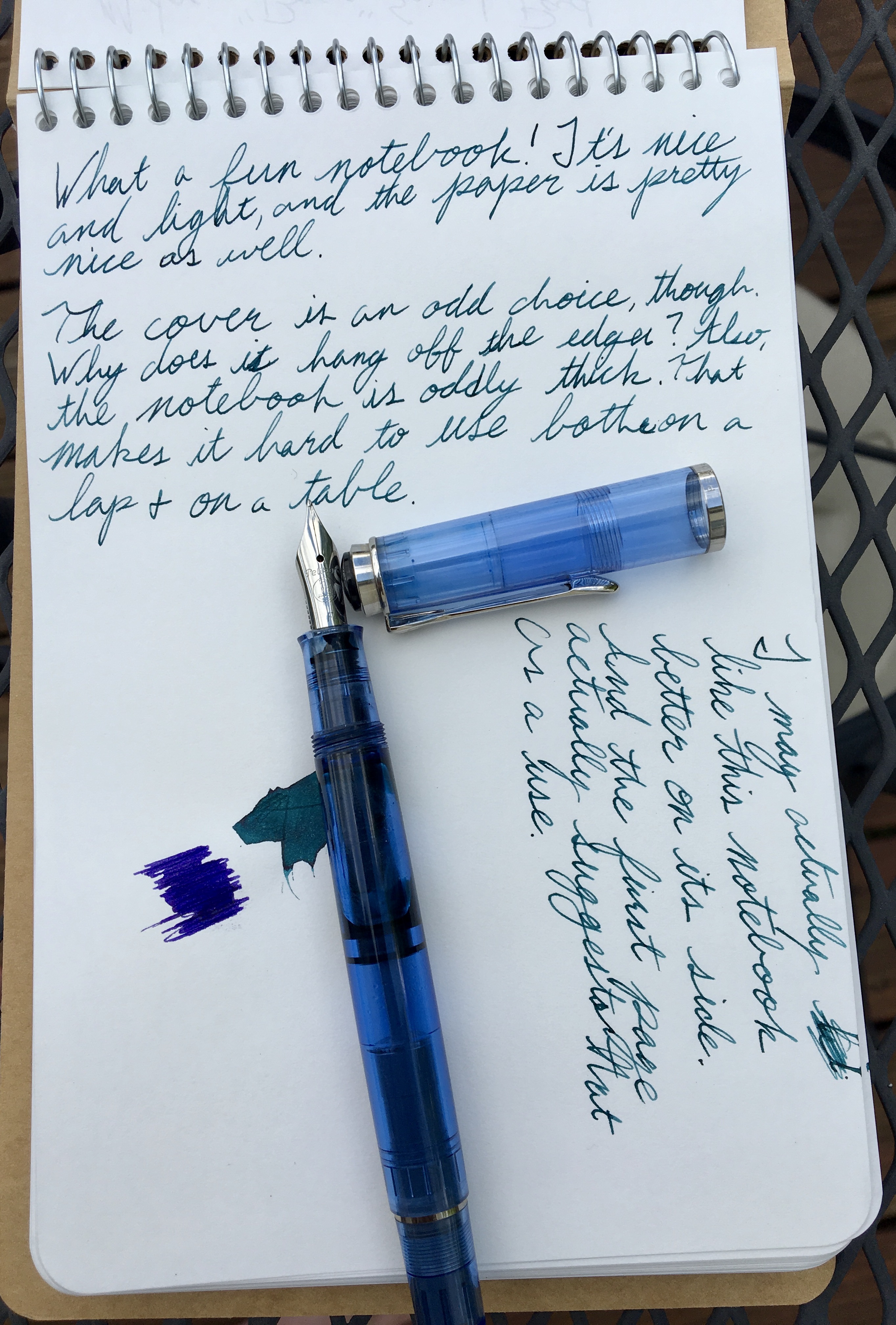