When a craftsman is proud of what they made, it shows in the product. So when Chris Rothe from Write Notepads showed up at the BWI Pen Show excited to unveil a new product, I knew I would need to take a look.

Chris revealed the first of Write’s “Test Kitchen” products: the TK V1.001 Correspondence Notepad. Write’s Test Kitchen products are planned to be a line of products that Write is playing around with, to see if it’s something they want to do long term. And if the success of this first round is any indication, I have a feeling we’ll be seeing a lot more stuff in this line. 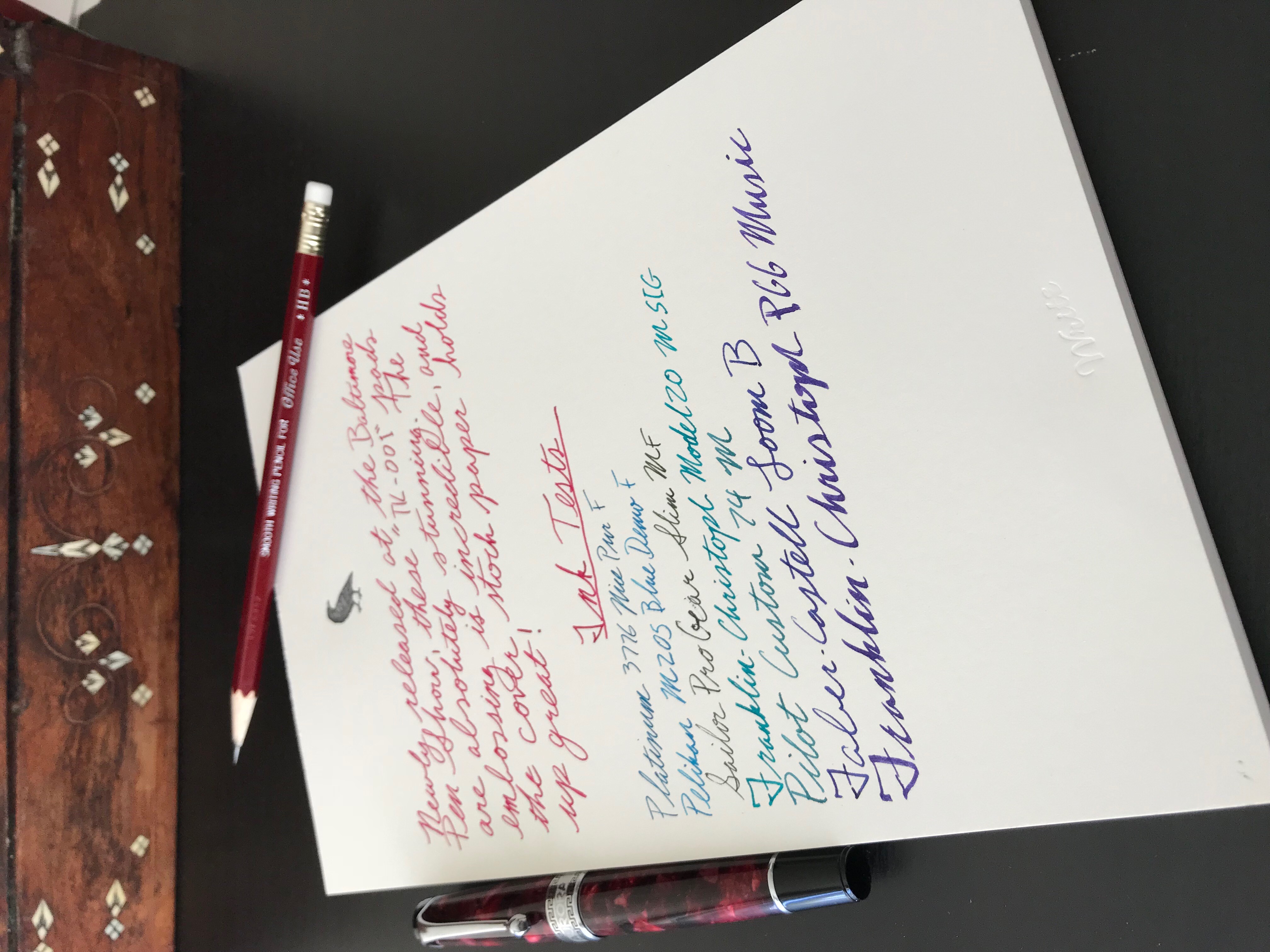 The moment I picked up this correspondence pad, I knew it would be coming home with me. This is Write’s first foray into letter pads, and according to rumor, mostly an excuse to play with a new embossing machine in the shop. There are thirty pages in the pad, glue-bound at the top, with each page being 6.25” wide and 9.5” tall. It’s not quite any standard paper size, but it’s closest to B6 if I had to put it near something for comparison. That size does mean that you’ll need an envelope that is US Letter sized in order to fit the page, so be aware of that.

Write’s website lists the paper as 65# cover stock, which makes each page rather thick, since it’s not a traditional paper weight. At the pen show mixer on Friday night, Chris explained that they chose the heavier stock specifically to work well with lots of writing instruments, and I can attest that it does pretty well. You can see in the writing sample below that it held up nicely to most of my fountain pens, with a bit of feathering on some of the really wet ones. No bleed or show through, though. However, I did have a hard time writing in a straight line on this paper. Because the stock is so thick, you can’t see a guide sheet underneath. I was able to work around it by laying a flashlight under my glass-topped desk, but that’s something to be aware of.

With a product like this, it’s all about the details. The thicker stock allowed Chris and team to flex their embossing muscles on this pad, and the results are stunning. At the Baltimore Pen Show, Chris had a magnifying glass laid out on the table and would strongly encourage anyone who walked by to pick it up and study the embossed designs on each of the pages. I tried to capture the intricacy in my photos, but it has to be felt to get the full effect. You can feel each feather in the raven under your fingertips. It’s incredible. And there’s a subtle embossing of the Write Notepads logo at the bottom of the page as well. Nothing flashy, but a nice bit of branding. 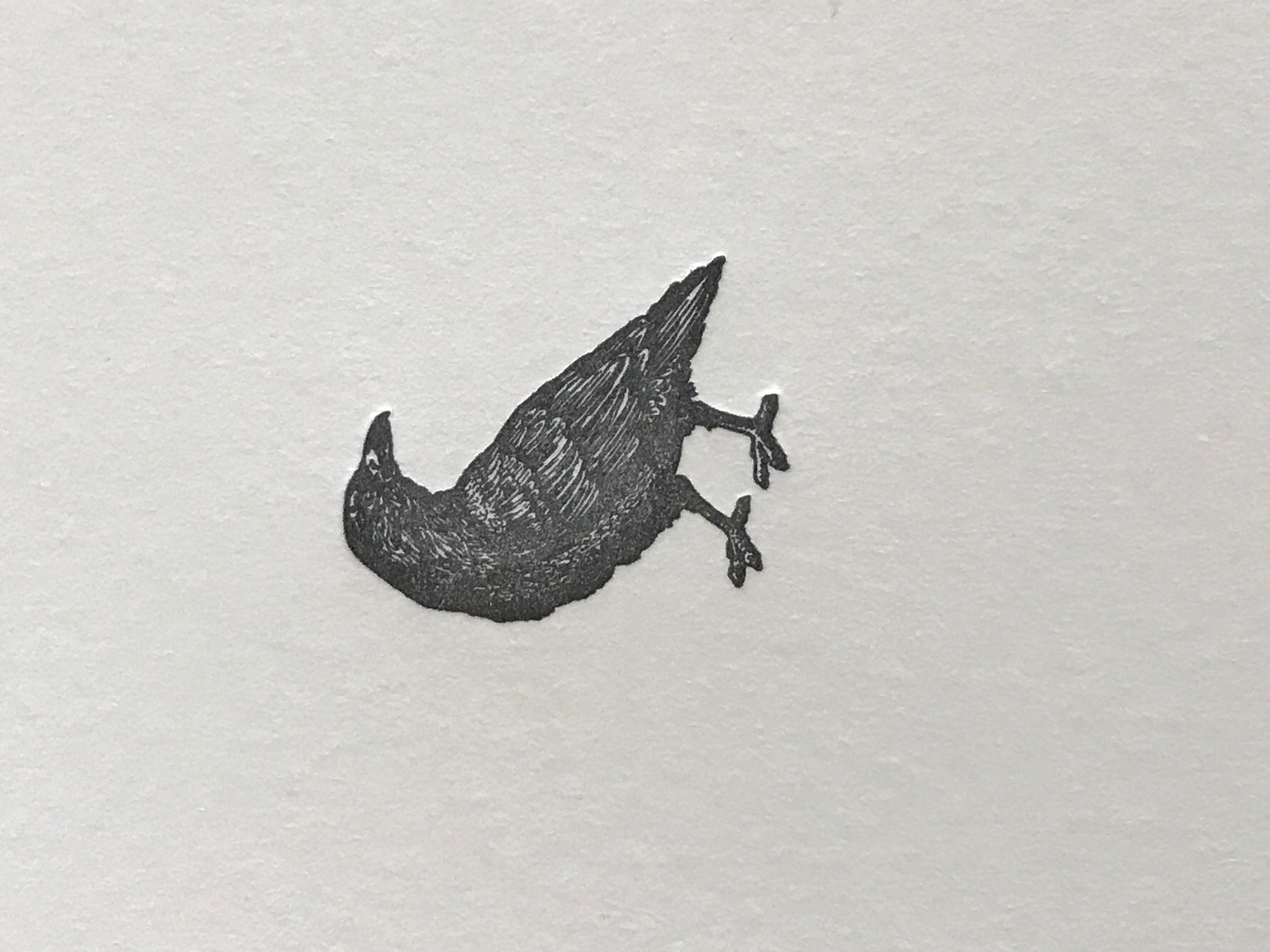 This is the kind of stationery that I love to use. The sort of stuff that makes someone say ‘wow’ when they open the letter or the box. The thicker stock does make it a bit tougher to get this folded up nicely for a letter, but that’s a minor nitpick. This probably won’t be my go to stationery for sending letters, but it’ll be what I reach for when it comes time to really wow someone. 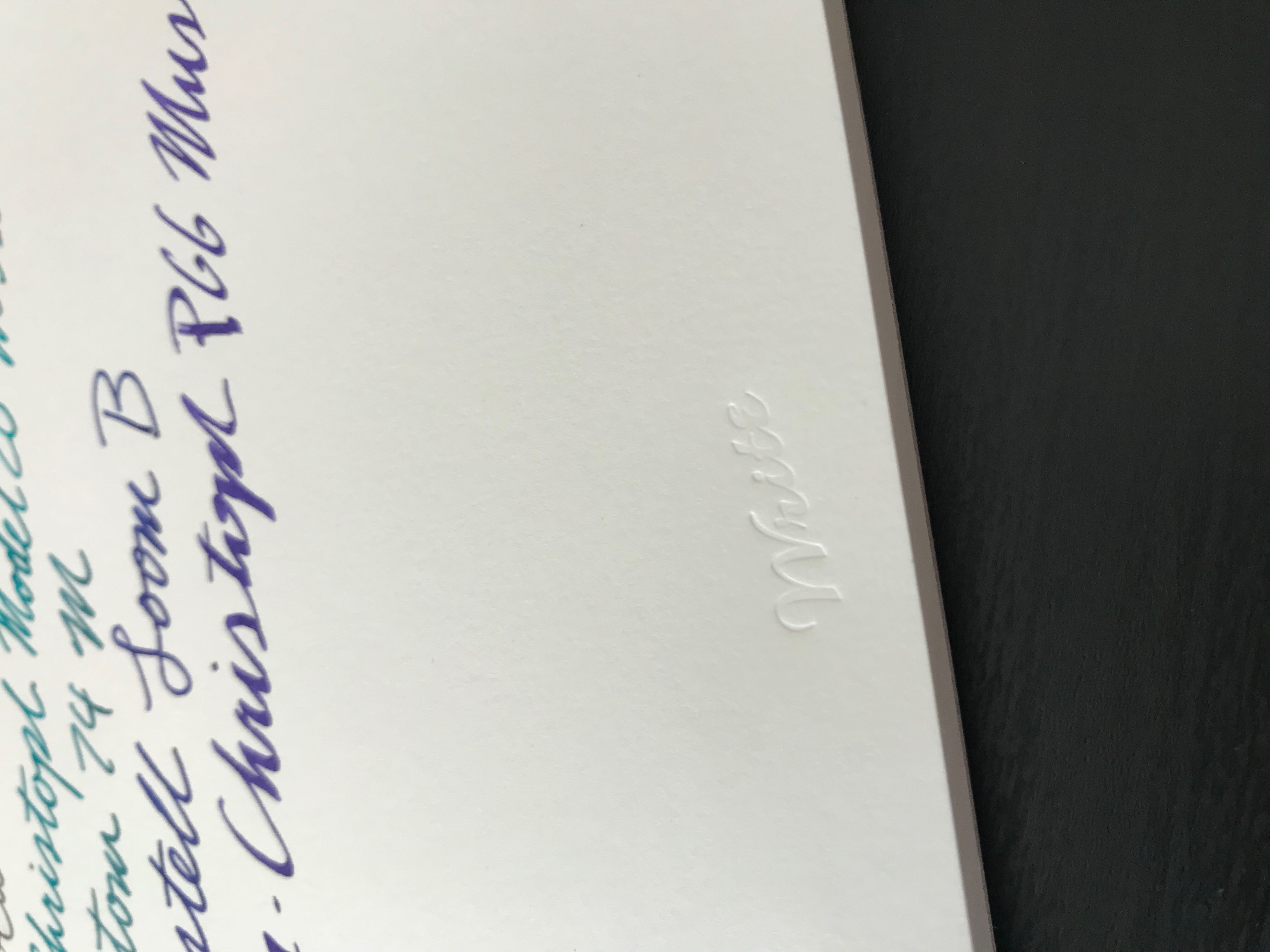 If you want to pick up one of these pads to see the detail for yourself, Write has put up some of them on their website, but I expect supplies will be limited. Write Notepads’ first foray into the test kitchen has been a success, and I can’t wait to see what they cook up next. 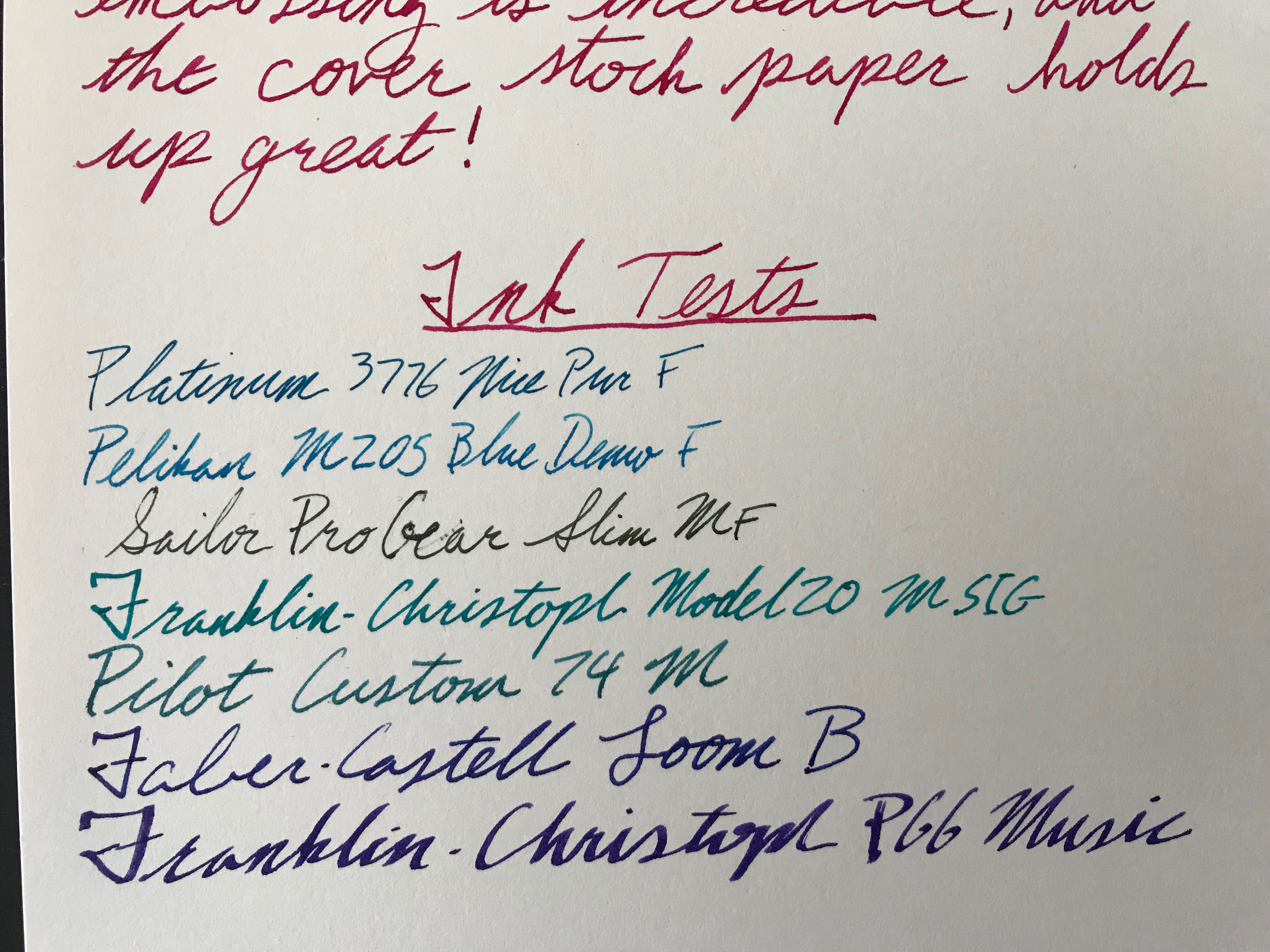