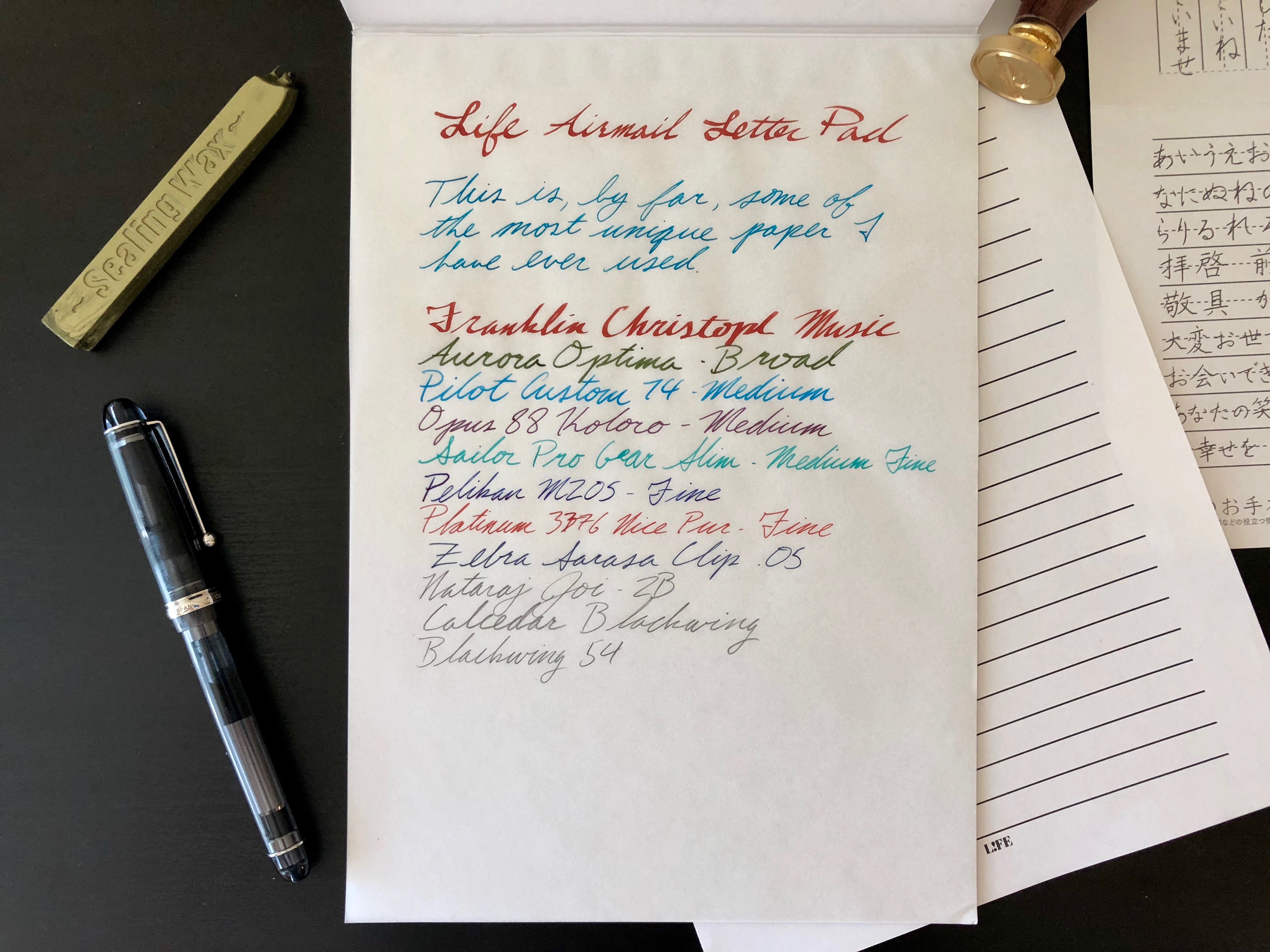 “What was that paper you used in your last letter?!” was a common refrain over InCoWriMo. As I mentioned in my post about the month, my primary paper for letter writing in February was Life’s Airmail Letter Pad. I had thought it was a fairly well known paper, but it was quickly apparent that lots of people had never seen it. So, a review is in order.

To best explain what airmail paper is, we need to have a bit of a history lesson. In the early 20th century, mail delivery via air travel became a possibility for the first time. Now, instead of taking weeks, letters could cross tremendous distances relatively quickly. (Unless, of course, it was traveling by hot air balloon. That ended poorly.) The catch is that paper is heavy. Not on its own, but if you’ve ever lifted a box of books, you know that it adds up quickly. So, paper manufacturers began experimenting to try and find a lighter type of paper, in part due to airmail. There were pages made in such a way that the stationery folded up to become its own envelope, experiments with cross writing, and a kind of paper called “onionskin paper.”

Life’s Airmail paper is a type of onionskin paper. While most references to onionskin talk about its usage for typewriters, onionskin was also widely used for handwritten letters as well. As the name suggests, onionskin paper has a strange, crinkly feeling much like, well, the skin of an onion. The “strange” texture comes from the fact that it has a relatively high cotton content, which is part of what makes it so light. While a lot of onionskin paper was used with typewriters, there are still manufacturers making onionskin for handwriting as well. The Life Airmail Letter Pad is one of those options.

The Airmail Letter Pad comes in a roughly A4 sized, glue bound pad. Each page is blank, but the thinness of the paper encourages the use of a guide sheet. A heavy guide sheet is included, which lets it play double duty as both a guide sheet and a bit of a protection for the pages underneath. I can’t overstate how thin these pages are. As my dad would say, “they’re so thin they only have one side!” As a result, the fifty sheets included in the pad feel like even fewer than that. This stuff is thinner than Tomoe River’s 52gsm paper. 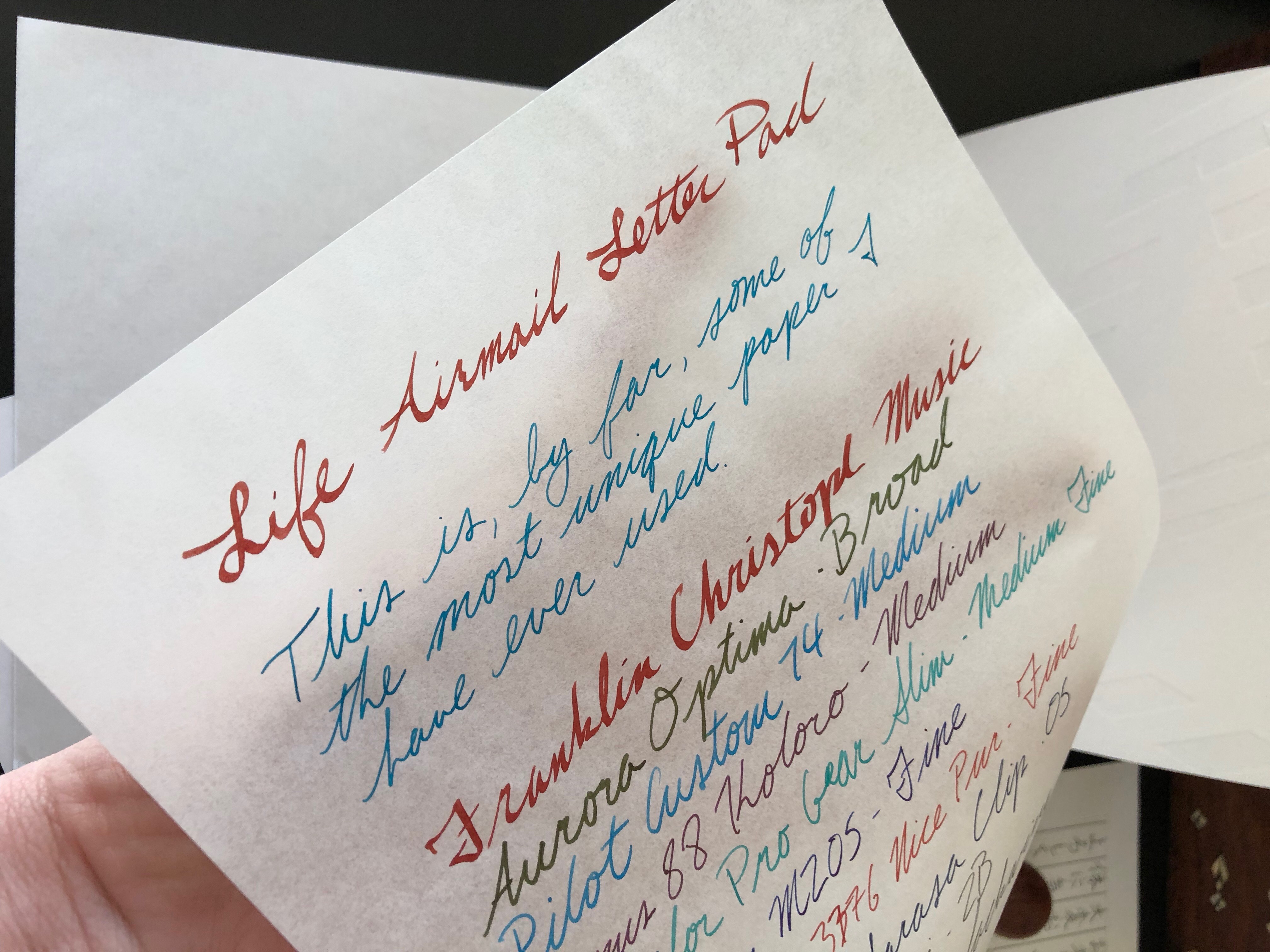 But the thinness doesn’t mean it’s a bad writing experience by any means. There’s a pleasant feedback to writing on paper so thin with all of the writing implements that I’ve tried. I assume that the higher cotton content is what makes inks lose some of their shading and sheen character, but the Airmail paper handles fountain pens just fine. As you might imagine, there’s a tremendous amount of show through, but no bleedthrough or feathering, even with my wettest pens. 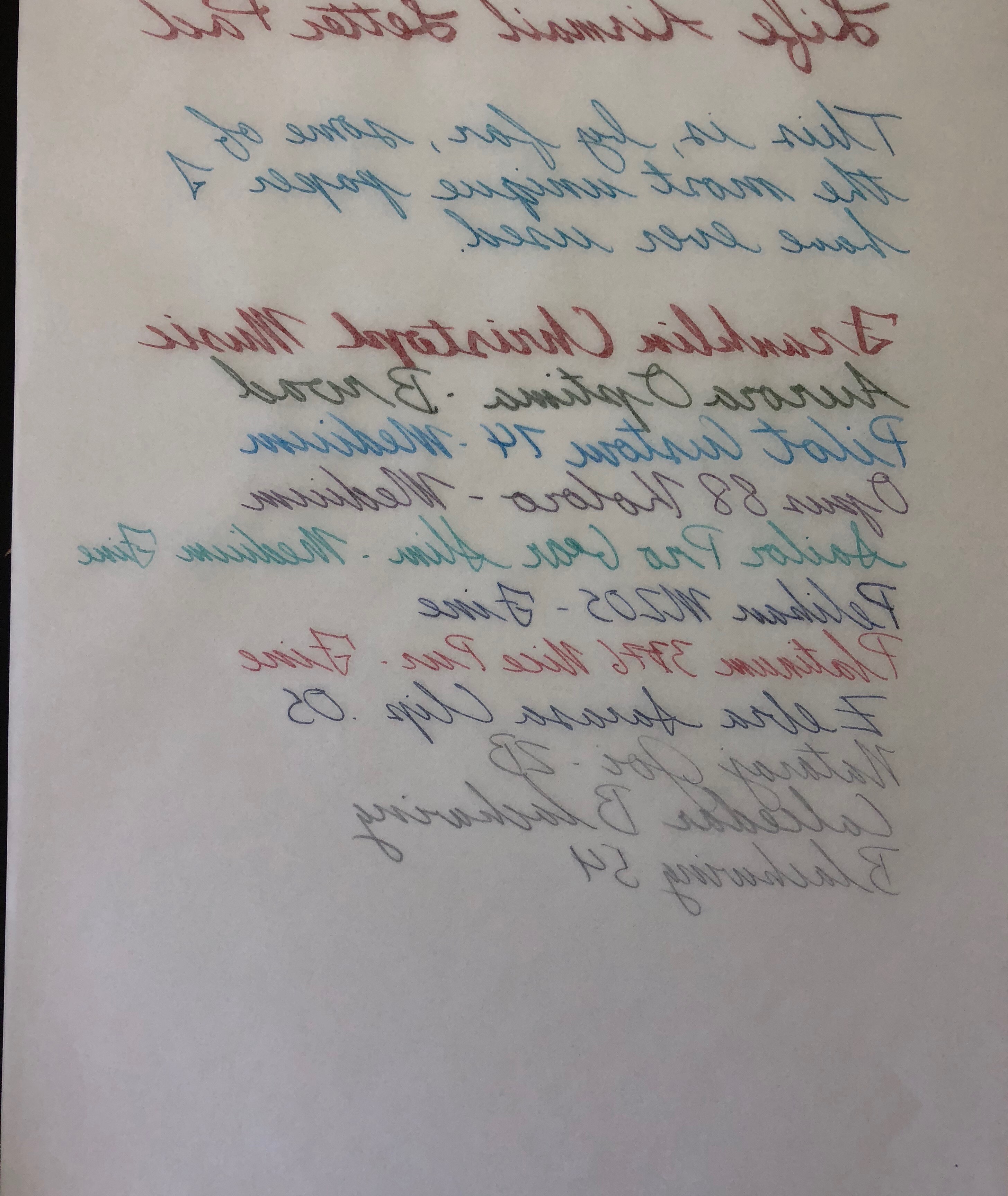 Yes, that is the back side of the page

As the name suggests, this paper is great for writing letters with. The thinness and lightness ensures that you can write a whole bunch of pages without running into letter weight issues, and there is a matching envelope set as well.

The Life Airmail pads are also getting easier to get a hold of as well. While I bought mine at JetPens, Vanness Pens also carries these pads, and I’ve seen them at Kinokuniya, if you’re lucky enough to live near one. At $6.50 a pad for 50 sheets, the Airmail Letter Pad is cheap enough to pick up on a whim, just to play with the crinkly paper.

So, if you’re looking for something that will surprise and delight letter recipients, take a look at the Life Airmail Letter Pad. It’s a unique type of paper with a cool history, and I highly recommend picking some up for yourself. 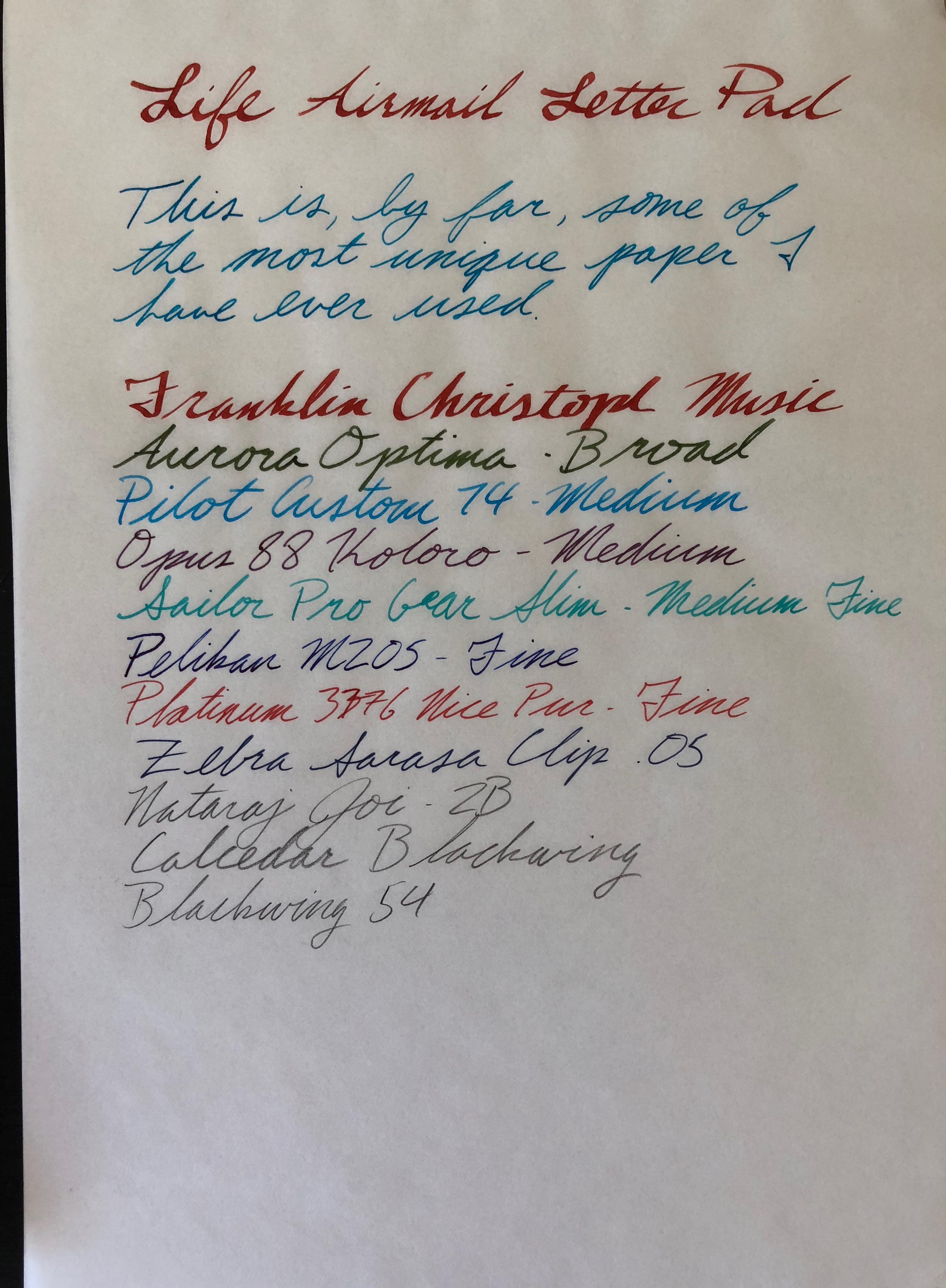